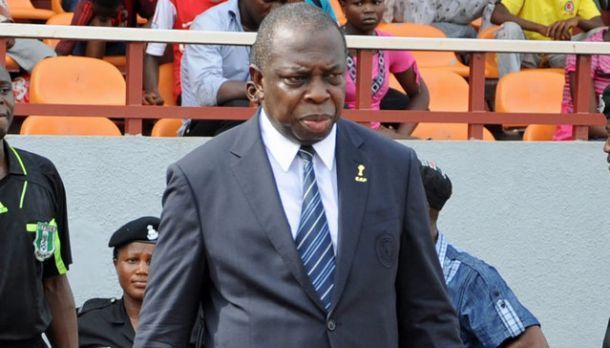 Akwa United Football Club chairman Elder Paul Bassey has told the players to redouble their efforts and justify the investment on them by the Akwa Ibom State Government.

Akwa United were held to a 1-1 draw in matchday 5 of the Nigeria Professional Football League (NPFL) on Monday.

While addressing the players after the game, Elder Bassey said the result was unacceptable and  reminded them that the Akwa Ibom State government has invested so much in sports.

In s a solemn atmosphere in the Promise Keepers’ dressing room, the club boss charged the players and technical crew to prove their worth and up their game.

He said, “Governor Udom Emmanuel’s administration has invested so much in sports, especially in Akwa United and we cannot afford not to pay back”.

“With this result, you have disappointed the good people of Akwa Ibom State and thousands of your followers worldwide.

“It is a match you could have wrapped up inside the first 15 minutes, yet you allowed Wikki Tourists to force you to a draw”.

“I urge you all to be up and doing. You don’t belong to where you are currently on the log.

“You need to get out from there and you have to do that fast” Elder Bassey ordered.

The club boss noted that the team is blessed with quality players and sound technical crew and called on them to remain steadfast and focused so as to pay back with good results.

Alwa United captain, Otobong Effiong while speaking apologized  for the outcome of the game on behalf of his teammates.

He assured the management that the team will achieve her target at the end of the season.

Akwa United are 12th on the NPFL log with six points from five games and will next square up against Heartland FC in Owerri this weekend.