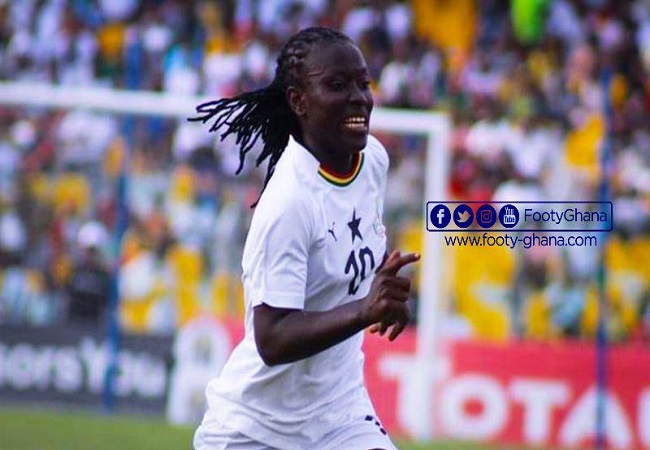 North Carolina Courage have announced the signing of Ghana international Elizabeth Addo. The contract is one-year deal with an option of a 12-month extension. Ghana midfielder has thus completed her return to the United States following her teaming up with Paul Riley’s side.

The 27-year-old enjoyed a spell at American outfit Seattle Reign before heading to China in 2018, joins the club following the expiration of her three-month contract with Apollon Limassol.

The midfielder featured in the Women’s Champions League for the third time in her career. It was during her short spell at the Cypriot champions after past stints with Spartak Subotica and Ferencvaros.

On her season-long spell at Reign, the Black Queens captain got 13 appearances at the Cheney Stadium. She then after joined former African teammate Tabitha Chawinga at Chinese side Jiangsu Suning.

Following her unveiling on Monday, NC Courage coach Paul Riley explained the move behind the acquisition of the Ghanaian star.

“Elizabeth is skilful, clever, and has the pace to burn.” Riley told the club website.

“She has the game-changing ability and has NWSL experience already which is important for her in adapting to our style of play.

“Her good soccer mind and fabulous feet make her a handful for opponents. She will revel in the challenges of our training environment. And the fans will have another individual talent to admire.” He added.

The midfielder, who has 25 caps for Ghana, is the club’s latest winter signing. She followed the arrival of United States trio of Rylee Baisden, Taylor Smith and Casey Murphy.

Having joined the two-time NWSL Champions, Addo will be eager to impress in the colours of Blue and Black ladies following her remarkable successes in China, Cyprus and Sweden.