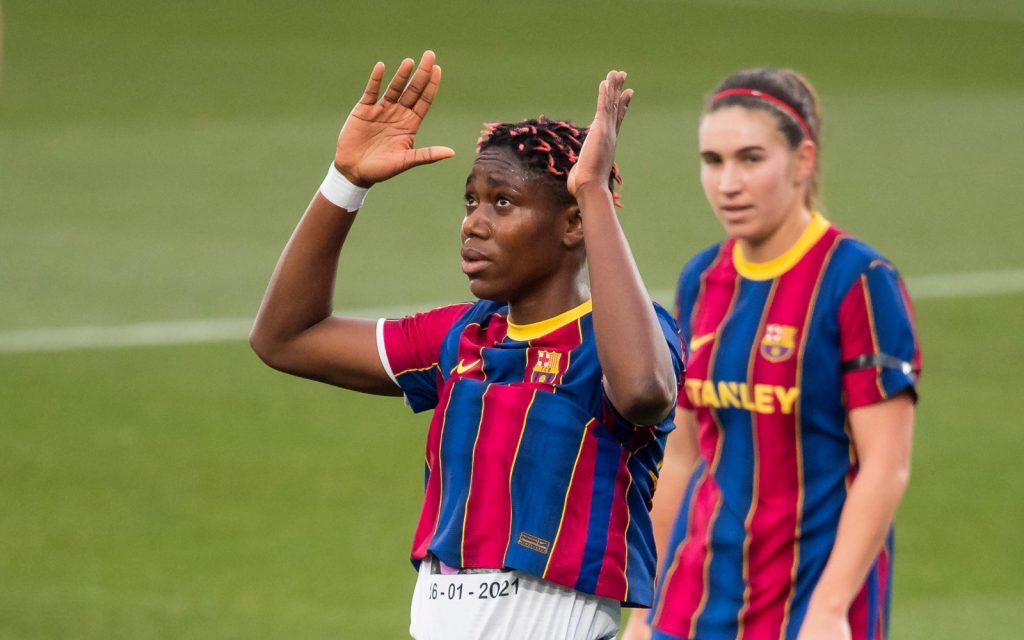 Nigeria Super Falcons striker Asisat Oshoala scored a brace in Barcelona’s 7-0 thriller over Rayo Vallecano and dedicated them to her stepmother who died on Tuesday night.

Things could not have gone much better for Oshoala who was eager to celebrate her late stepmother.

The 26-year-old announced on Wednesday night the death of her beloved step mum. And he scored the third and fifth goal of Barca’s seven goals against their opponent tonight.

Watch video of her paying tribute.