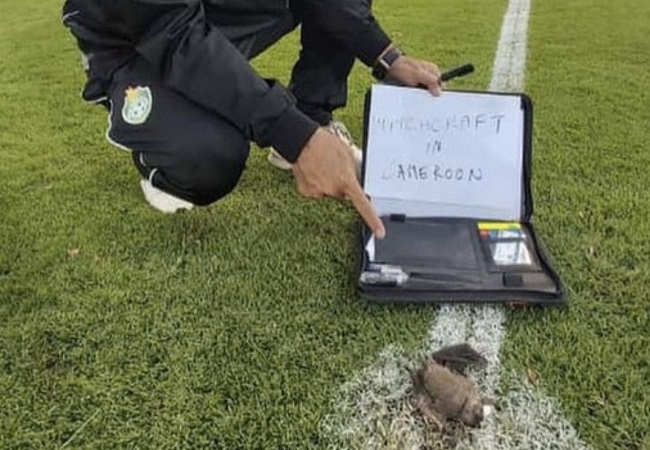 Cameroon, host country for CHAN 2020 met Zimbabwe in the opening game on Saturday. Ahead of this game the Indomitable Lions won 1-0 over the Warriors, an image emerged of Logarusic, standing over the carcass of a bat he found on the centre-circle, with a note accusing the hosts of witchcraft.

The Confederation of African Football are launching an investigation into allegations of witchcraft Zimbabwe national team coach Zdravko Logarusic made against African Nations Championship hosts Cameroon.

When questioned by Goal about the allegations made against the hosts, CAF have confirmed that they will be looking into the matter. And that Cameroon can expect sanctions if evidence of wrongdoing is uncovered.

“Issues of witchcraft are not the prerogative of Caf.” Said a CAF official. “We have launched an investigation into the said action. And if there is a breach of the regulations of the tournament, appropriate sanctions will be handed out accordingly.”

Ultimately, Salomon Banga Bindjeme’s acrobatic opener was enough for an over-eager Cameroon to take all three points in their opener against a Zimbabwe team. They whose domestic league has been suspended since March 2020.

This is not the first time that Cameroon have been accused of resorting to the dark arts. This in order to influence a competitive fixture.

In the AFCON 2002 semi-final between Mali and the Indomitable Lions, Cameroon coach Winfried Schafer and goalkeeping coach (and national team legend) Thomas Nkono were arrested by riot police after allegedly placing a charm on the pitch ahead of the fixture.

“We are no more willing to see witch doctors on the pitch than cannibals at the concession stands.” Said a spokesperson for Caf in the aftermath of a previous incident. That incident involved the Nigerian Football Association at the 2000 edition of the Nations Cup.

In Group A’s other match on Saturday, Mali defeated Burkina Faso. they have moved level with Cameroon at the top of the group.

The Eagles face the Indomitable Lions in their second group game, also in Yaounde, today. Burkina Faso and Zimbabwe will meet at the same venue later this evening.