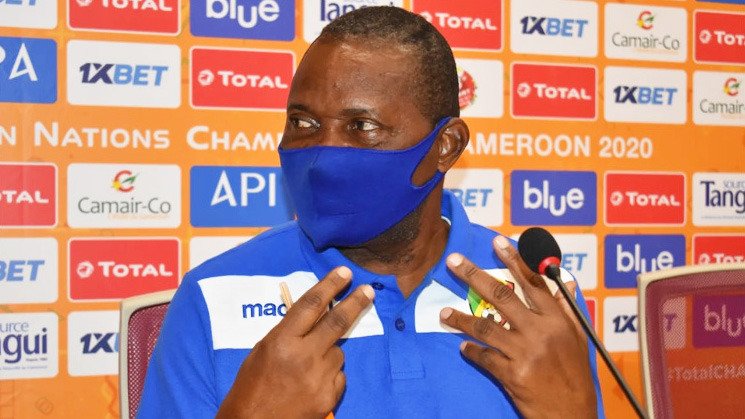 Congo head coach Barthelemy Ngatsono is confident of a victory in their second Group B game at the ongoing Total CHAN competition.

Congo slipped to a 1-0 loss in their opening game against neighbours DR Congo.

The Red Devils now have the opportunity to pick their first win when they play Niger on Thursday.

Head coach Ngatsono in his pre-match conference ahead of the game said they have a strong team that will meet expectations.

He emphasised that the game against the Mena of Niger will not be an easy one.

“It’s a matter of strategy and one thing is certain.

“You have to be careful when it comes to everything because Niger already has a point.

“We have to reframe things mentally and tell our players they have the opportunity to come back to the race.”

Ngatsono kept confidence in his troops despite admitting it won’t be easy against Niger.

“We have a strong group that will meet all expectations.

“Niger didn’t concede, but tomorrow is another game.

“All teams will have a chance to win and to win you have to score.

“Maybe we were unlucky, but tomorrow will be our best day,” he added.