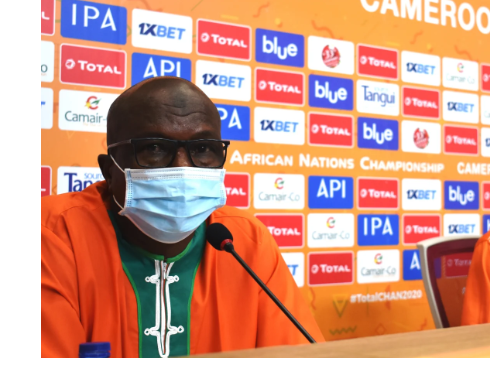 All eyes will be on getting the three points when Niger play Congo in the second Group B game of the Total CHAN competition at the Japoma Stadium Douala.

A dominant Niger side failed to make their chances count in their opening game which ended 0-0.

Head coach, Harouna Doula who guided the Mena to their first ever CHAN tournament in 2011 is looking to go beyond that this year.

Doula appeared before the media ahead of their second game and said he expects his team to reach the second round.

He said, “They say that matches are not alike.”

“We had a point from our first match, but now we are facing a totally different opponent.

“Our target is to reach the second round.”

“Qualification will be played on this match and the next one too.

“We have to give our best to reach the second round.

“We missed a lot of chances against Libya and now we hope to amend that,” added Doula.