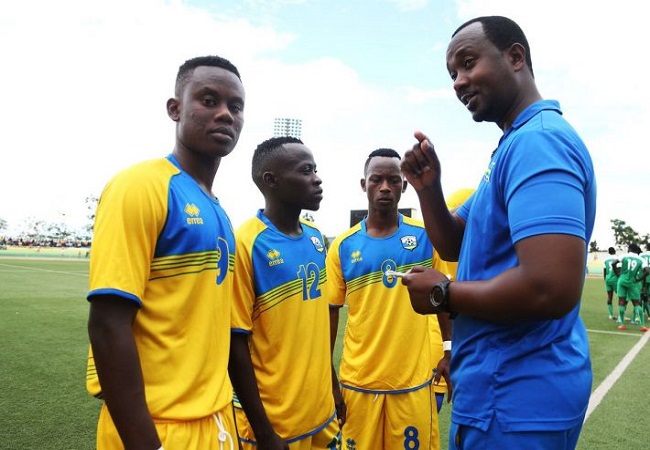 Rwanda and Uganda met on Monday in the African Nations Championship, CHAN 2020 gameday 1 for group C. The game ended in goalless draw. And Rwanada national team coach Vincent Mashami has expressed confidence that Amavubi can build on this stalemate.

The East African rivals played out a 0-0 draw in their Group C opener in Douala on Monday night. The result leaves Rwanda and Uganda tied in second place. Two points behind leaders Morocco who defeated Togo 1-0 earlier the same day.

“I believe that we still need to do better at creating chances. The chances we did create were the ones that came through a level of build-up play and moving the ball effectively.” said Mashami, as quoted by The New Times.

“We showed good movement both on the ball and off it in the first and second half. And it’s going to be interesting to sit down and re-watch the game and dissect it.”

Rwanda will next face Morocco on Friday evening. And Mashami hopes his players take some valuable lessons from their stalemate with the Cranes.

“We tried our best. But it wasn’t enough. So now we have to focus on the next game against Morocco, which we have to win.” Said the Amavubi coach.

“I have asked the players to show the same spirit and be ruthless if we are to have a chance of winning.”