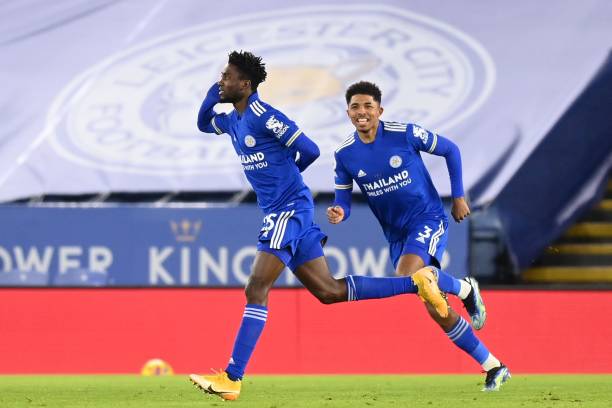 Nigerian midfielder Wilfred Ndidi scored a mind-blowin g goal against Chelsea in a 2-0 win that put Leicester City on top of the Premier League standings.

Foxes have extended Chelsea and Frank Lampard’s misery with a convincing win at the King Power Stadium on Tuesday.

And Wilfred Nidi was the one to open the spectacle with a powerful left-foot strike at the sixth minute. His first goal since 37 games in the English top-flight.

James Maddison added to it four minutes prior to the half-time.

It ended with a 2-0 victory for the Foxes and Brendan Rodgers who sit on top of the Premier League pending Manchester United game against Fulham tonight (8:15pm).

How both teams lined up