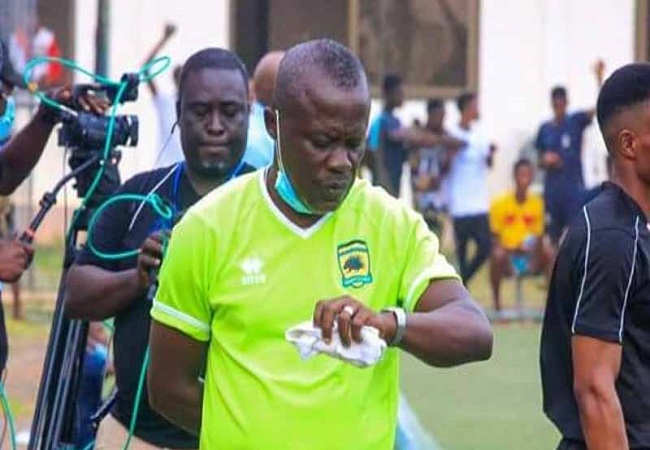 Asante Kotoko named the veteran manager Johnson Smith as the interim boss of the club. This appointment followed the sacking of Maxwell Konadu in December 2020 after losing to Great Olympics.

Under Smith management, Kotoko are now sitting on the 3rd position with 16 points. As they won three matches and obtained draw twice.

With some section of the supporters advocating for him to be named as the permanent coach of the club, Smith said he is focused on doing his best for the club. And he believes not worried about being the interim gaffer of the club.

“I am not worried at all.” He told Asempa FM.

“I am focused on doing my best for the club and make sure we achieve our mandate. Everyone has seen the work we are doing. So I am not worried being in this situation.”

He also praised the players for their commitment and playing according to his instruction.

“I am must commend the players for being discipline and always playing according to instruction.

“They know what I am expecting from the pitch. And they execute it perfectly. I can’t do it without them.” He added.

Kotoko will host Aduana Stars at the Accra Sports Stadium in the Ghana premier League matchday 10 games on Sunday.