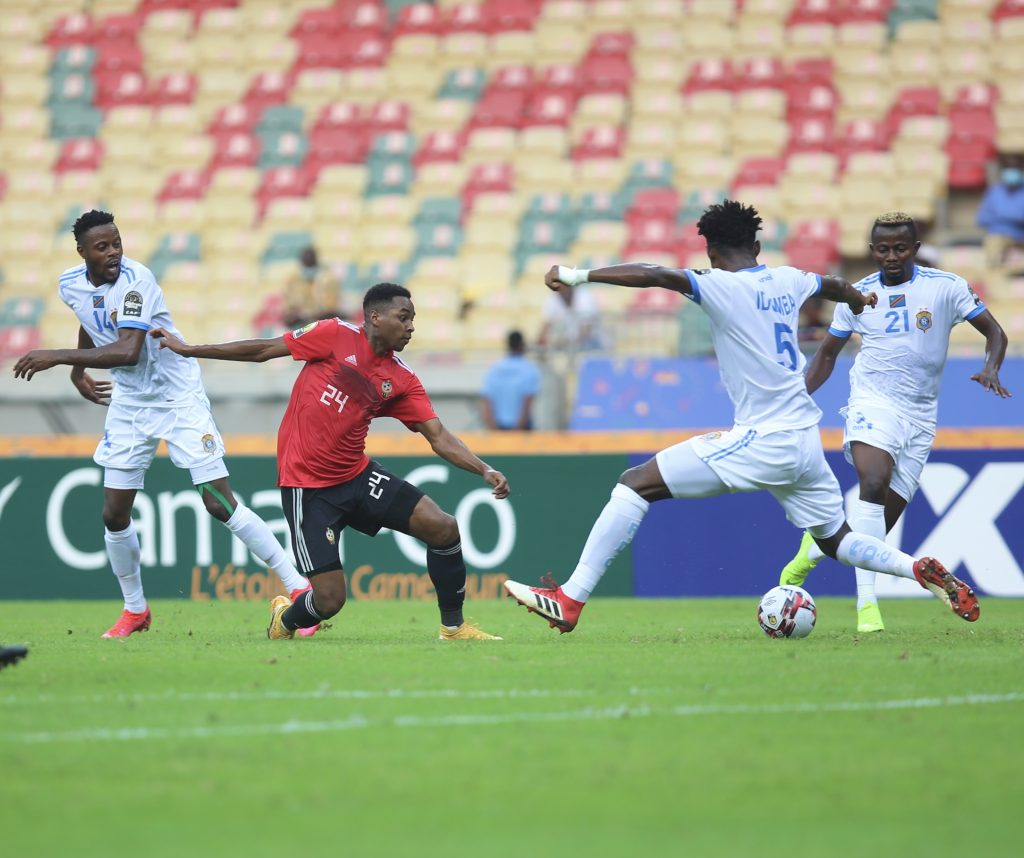 Dubbed game of the champions , both teams have won the tournament and are tipped as favourite to top Group B.

Libya played a goalless draw in their first game of the group against Niger on Sunday and were knew losing is not an option.

For DR Congo, they needed just a victory to qualify with one game to spare.

The Mediterranean Knights raced into the lead when captain Muetaz Husayn Almahdi headed in from a corner in the 5th minute.

The Al Ahli striker Almahdi could have doubled the lead for his side in the 22nd minute when he burst free from a counter-attack but Leopards goalkeeper was quick off his line to clear to safety.

The Congolese continued to search for an opening in the defence of their opponents and in the 28th minute shot Chico Kubanza found himself at the edge of the but his shot wide with the stop-stopper completely beaten.

The second-half started with the Libyan not showing any signs of giving up on their lead as they went on the attack to put the Congolese on the back foot.

Tsumu made two brilliant saves from the efforts of strikers Mohammed Makkari and Rabia Alshadi before Almahdi fired wide from a good chance near the box.

Libyan goalkeeper Azzaqa also demonstrated his agility when he dived to tip over Ciel Ikoko’s fierce curling free-kick from the edge of the box on 72 minutes.

Just when Libya thought they have done enough in securing their first win, they were shocked by a ballistic long range goal off the feet of AS Vita defender Sita.