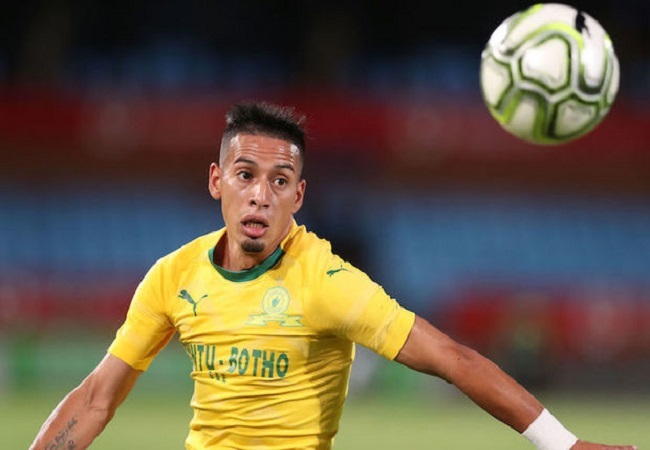 Gaston Sirino was heavily linked with a move to reunite with former coach Pitso Mosimane at Egyptian giants Al Ahly during the last transfer window. Talks for this transfer operations unfortunately failed.

And for his first time, Mamelodi Sundowns forward has expressed himself since his failed move to Al Ahly.

However, after having signed a bumper new five-year deal at Sundowns as recently as June, the club were reluctant to release their Uruguayan star. And they placed a hefty price tag on his head.

After giving Ahly ample opportunities to offer the asking price, the Brazilians eventually pulled the plug on the deal at the end of December. And Sirino has since returned to the team.

Following Mosimane’s declaration in recent SAFJA interview that Red Devils’ pursuit of the 29-year-old is now over, he has now expressed his committment to the task at hand in Chloorkop.

“I feel happy to be back in the side after being away for a long time. It’s a great feeling to come back and help the team with an assist or a goal whenever I can. And I just want to go out and work hard for the side.” Sirino is quoted as saying on Sundowns’ website.

“This season we just want to make sure we keep the standard from last season and bring more accolades to the club.

“We want to dominate the league and go further in CAF Champions League. – It is a cup where we come up against very good teams. And we do have the players that can go out there and win the cup.”