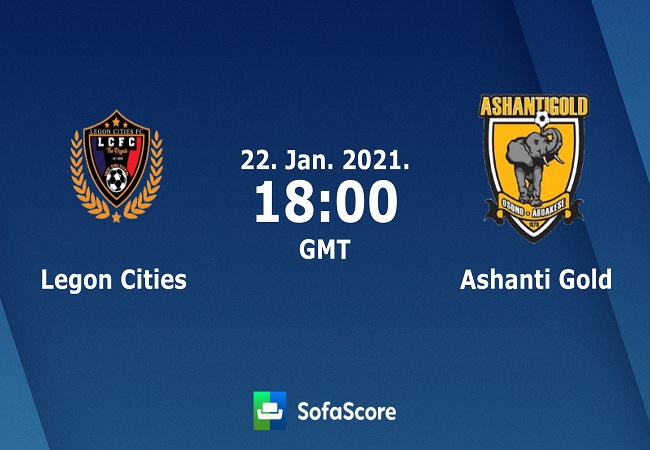 Legon Cities will be in clash against AshantiGold for Ghana Premier League matchday 10 Accra Sports Stadium on Friday. The Royals aims at recording their second victory of the season as they welcome their title contenders the Miners.

So far, Legon Cities have accumulated just six points in nine league games this season. The worst tally in the league.

They have also scored just four goals so far, a poor return. Their poor performances have seen them stuck at the bottom of the log.

In comparison, AshantiGold are having a bright campaign. The Miners have scored the most goals (18). And they have the second highest points (16).

The Obuasi-based side are currently 2nd on the log. And they could move to the top with a result.

AshantiGold are unbeaten against Legon Cities in their last five meetings (2W 3D).