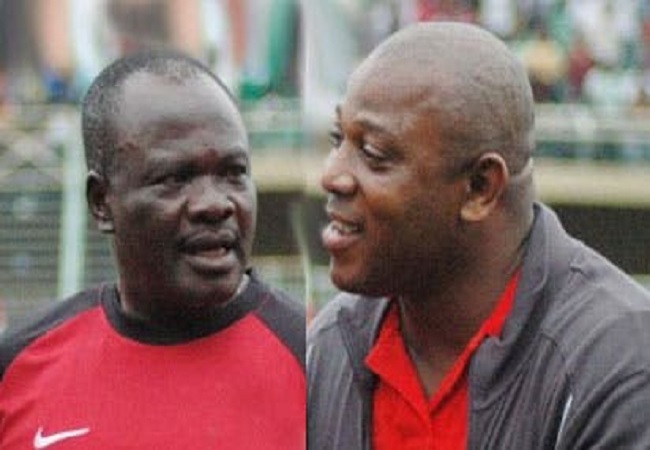 Nigeria’s former goalkeeper trainer and assistant coach Joe Erico has died at the age of 72. The outspoken tactician served as Super Eagles’ assistant manager for several years. Erico, nicknamed ‘Jogo Bonito’, passed away on Tuesday morning in Lagos surrounded by his family, after a brief illness.

Confirming this development to Goal, a close family member Tomiwa Aghedo said the country’s coaching icon gave up the ghost after complaining of stomach ache.

“He complained of stomach ache yesterday and he was subsequently rushed to the hospital, where he was told to present his Covid-19 test result before he would be attended to.

“Coach Erico went for the test as directed. And very early this morning he passed away. It’s terrible news at this point in time and every one of us is devasted.

“We are consoled by the fact that he served Nigeria with all his strength. And he lived a good life worthy of emulation.”

He attracted the national teams’ selectors in 1968. And he was picked to man Nigeria’s goalpost alongside Prince Zion Ogunfeyimi by coach Tiko Jelisavcic for the 1976 Africa Cup of Nations staged in Ethiopia.

There, he played a crucial role as Jelisavic’s men placed third after defeating Egypt 3-2 in the play-off at the Addis Ababa Stadium.

Sadly, his promising football career came to a halt years later while on international duty.

Erico went into administration and he handled his boyhood club Julius Berger where he introduced the Jogo Bonito style – a distinct style of flair in Brazilian football.

He was part of the coaching crew that qualified the Nigeria U23 squad for the Sydney 2000 Olympics. Unfortunately, Nigeria Football Federation fired him on the eve of the competition.

Two years later, he was recalled to the national Super Eagles setup as assistant to Amodu Shuaibu. Alongside Amodu and Stephen Keshi, Nigeria qualified for the 2002 World Cup staged in South Korea and Japan. Again, he was axed by the NFF after the country placed third at the 2002 Afcon in Mali.

Coach Erico is survived by his wife and four children. His burial arrangements will be announced in the coming days.