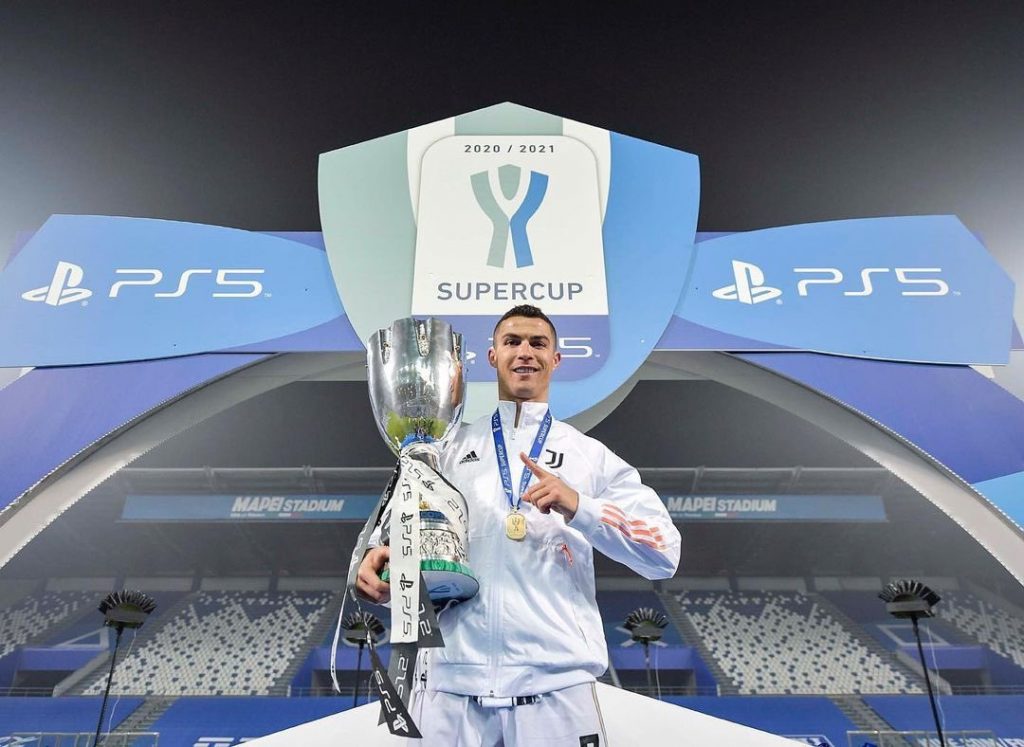 Cristiano Ronaldo is delighted to have won his fourth title with Juventus as the Bianconneri defeated Napoli 2-0 to claim the Italian Super Cup on Wednesday.
Ronaldo scored in the 64th minute to give Juve the lead before Alvaro Morata last minute goal wrapped up matters.
Ronaldo has scored 32 goals in his last 32 appearances with Juventus in all competitions.

He has now scored a total of 760 goals both for club and country surpassing
Josef Bican (759),  Pele (757), Romario (743) and Lionel Messi (719).
The former Real Madrid forward in a tweet on his official account said the spirit of the victory will guide them to the wins they want.
“Very happy with my 4th title in Italy.
“We are back! This is the Juve we love, this is the team we trust and this is the spirit that will lead to the wins we want! Well done, guys!”