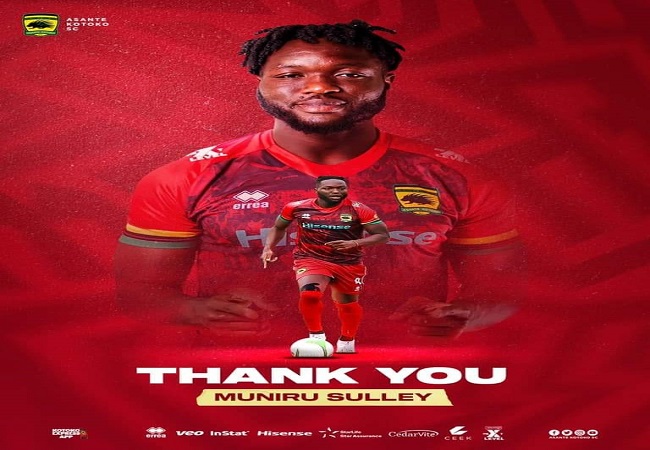 Muniru Sulley has joined Asante Kotoko on a free transfer ahead of the 2020/21 Ghana Premier League season. And barely three months after joining the club, the Porcupine Warriors have terminated partnership with the midfielder.

He signed a two-year contract with Kumasi-based club. But he has been poor in all the matches has played for the club.

Muniru had been without a club since July last year. He parted ways with Russian club, PFK Tambov.

He started at the Scientific Soccer Lad’s youth team and graduated to the first team in 2012.

Muniru is now a free agent to join any club.

He has featured for five clubs abroad, including Romanian giants Steaua Bucuresti and CFR Cluj.

Full statement of the club as attached.