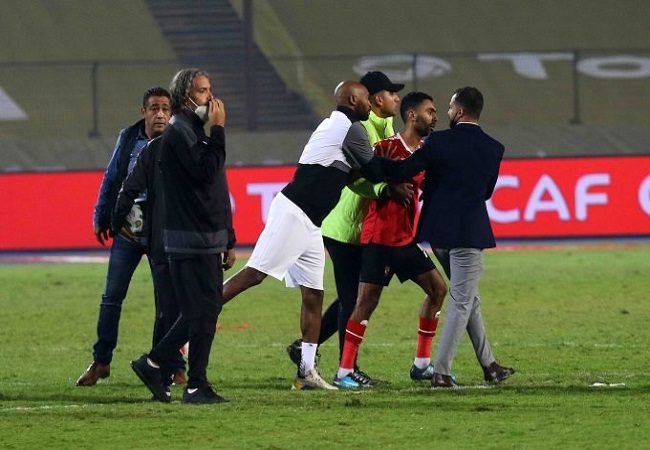 The Confederation of African Football (CAF) have announced new sanctions towards players from Al Ahly and Zamalek. The decision follows their scuffle at the end of the 2020 Champions League final back in November.

The Red Devils, therefore, are set to represent Africa in the FIFA Club World Cup next month with an anticipated fixture against Qatari champions Al-Duhail.

The Champions League final, however, had seen some post-game tension between some of the two sides’ players. This trouble includes Mostafa Mohamed, Hussein El-Shahat, Aliou Badji, and Kabongo Kasongo.

On Thursday, CAF announced new sanctions on the players involved in the incidents. And they came as follows:

Hussein El-Shahat suspended for four games, within which two games have already been fulfilled

Meanwhile, the group stages of the 2021 Champions League is set to commence on the 12th-13th of February for matchday 1. Games with the final matchday to take place between April 9-10.