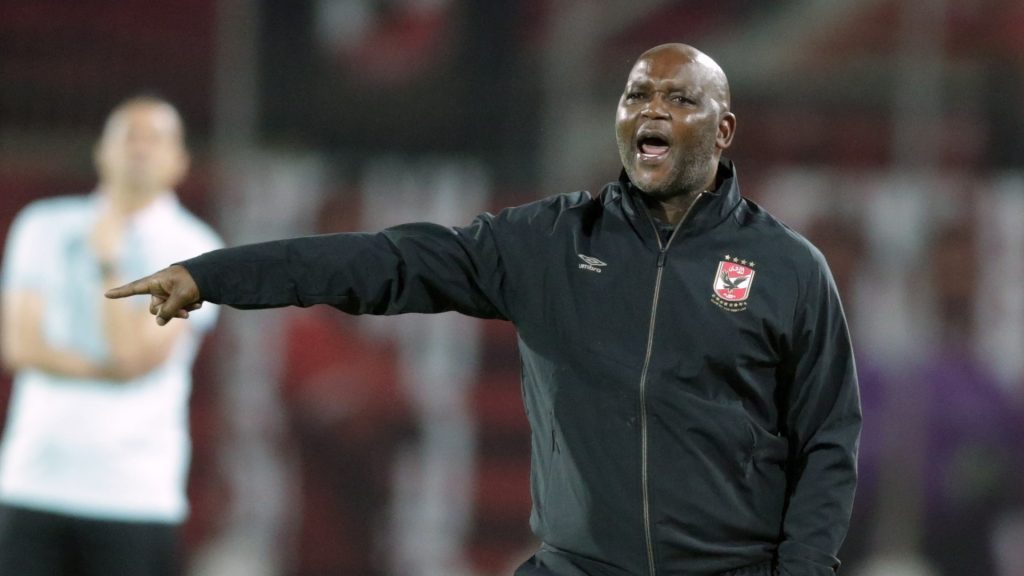 Al Ahly coach Pitso Mosimane has revealed that he got angry with his players when they trailed 0-2 to Al Mokawloon Al Arab SC at half-time on Wednesday.

“For the first time since I came to Al Ahly, I was angry at my players in the dressing room at half-time,” Al Ahly website quotes Mosimane saying.

The South Africa, nonetheless, said he was relieved that his charges showed strong character in coming from behind to win the match 3-2.

“The team’s spirit and character were evident in the second-half. However, we have to take care in the future games as we might not have enough time to overturn the score,” he said.

“I liked Ali Lotfy’s performance in today’s game. Our defence made some mistakes in the first-half which led to us conceding two goals.”

Mosimane praised Al Ahly’s coaching staff, adding that they played a great role in the victory.

The champions seemed headed for their first domestic league defeat under the reign of the South African as they trailed 2-0 at half-time in the ninth round fixture.