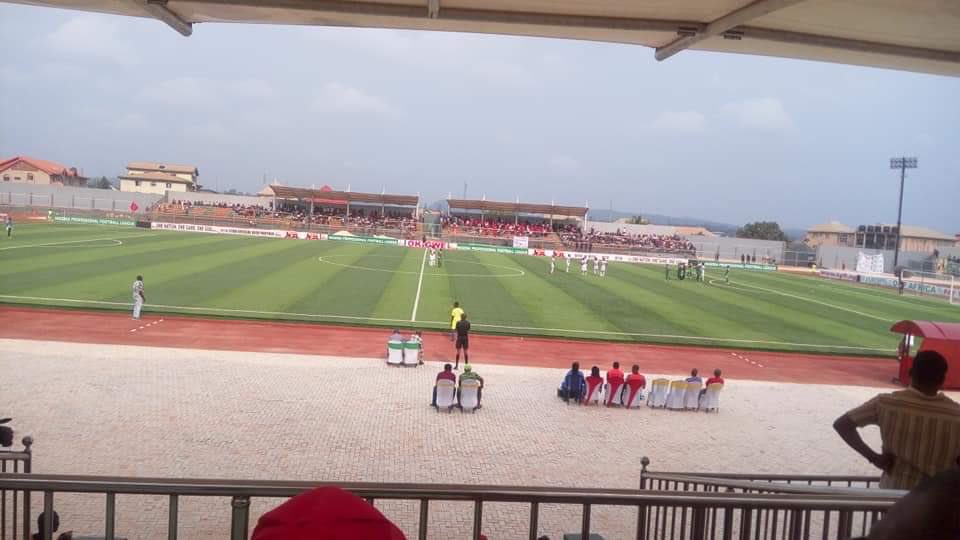 The League Management Company (LMC) has approved the request from Abia Warriors to play their home games at the Okigwe Stadium.
This was sequel to the request by Abia Warriors who have user the Enyimba Stadium, Aba a their home ground in their previous games this season.
After failing to win any game while playing at the Enyimba Stadium, the club decided to return back to their Okigwe fortress.
According to a statement by the LMC, Abia Warriors will play their first game at the Okigwe Stadium when they host MFM FC on Sunday.
The statement reads;

“@AbiaWarriors’ request to play their #NPFL21 home fixtures at the Okigwe Stadium has been approved starting with their Match Day 6 game against MFM.

“Approval was conveyed in a letter dated January 21st and signed by Salihu Abubakar, COO of the LMC who reminded the club that COVID 19 protocols must be strictly adhered to at all matches.
“The Okigwe Stadium was in the first batch of grounds approved to host #NPFL21 matches after the pre-season inspection for infrastructural requirement for licensing.”
The club also confirmed the approval via a statement on its official Twitter account.
“Following our approval request granted by the @LMCNPFL , we are delighted to announce that our home games will henceforth be played at the OKIGWE TOWNSHIP STADIUM with effect from Matchday 6.”