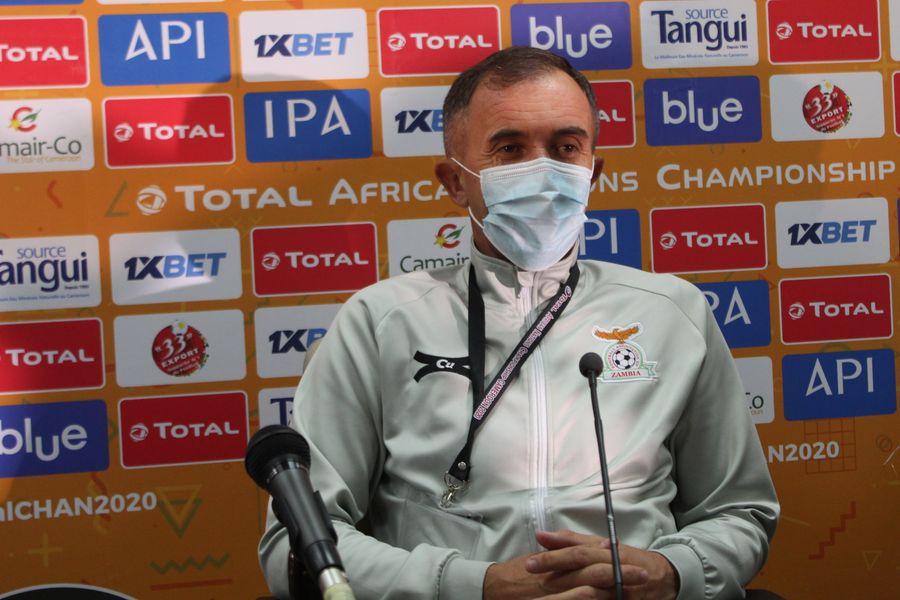 Zambia will be looking forward for the top spot of Group D when they host leaders Guinea on Saturday evening.

The match will take place at Limbe OmniSports Stadium where Zambia started the campaign with a 2-0 win over neigbours Tanzania while Guinea went one better defeating Namibia 3-0 in a late kick off at the same venue.

Guinea lead the group on a superior goal aggregate after they beat Namibia courtesy of Yakhouba Barry’s brace and Morlaye Sylla goals.

On the other hand, Zambia won the game through Collins Sikombe penalty in the 62nd minute following a handball and Emmanuel Chabula’s 82nd minute strike.

Ahead of the match, Chipolopolo coach Milutin ‘Micho’ Sredojevic said Saturday’s clash against Guinea will be a test of character for his team.

“We have a second match and after you have won, it is always a test of character and measurement of value on whether the first match was an indication of pure reflection of quality or accident for both of us,” he told a pre-match press conference in Limbe.

“In that regard for both of us, it will be a test of character and in the measurement of value believing in the players we have, believing in the work we are doing, believing we shall prepare very well, and the small details will decide the game.”

Micho said that the game will be won on attention to smaller details of the tacticians.

“We want to do everything possible so that these same details are on our side. We know that the match will be very tough. We will play a very good team with great individual’s great morale especially after winning that first match,” he said.

Zambian skipper Adrian Chama said that the team was ready for the Guinea game.

The Zesco United player will return to the fold after missing out on the opening match due to suspension.

“We are ready to face Guinea, we know it is not going to be easy but we are equal to the task,” he said.

Taking his turn, Guinea coach Mohamed Bangoura said he was expecting a tough match but tipped Guinea to win using their physical strength.

“We know that it is going to be a tough game as we will impose our physical game on Zambia as much as we can,” he said.

The West Africans will wind up the group qualifiers by playing against Tanzania whereas Zambia face Namibia on January 27.