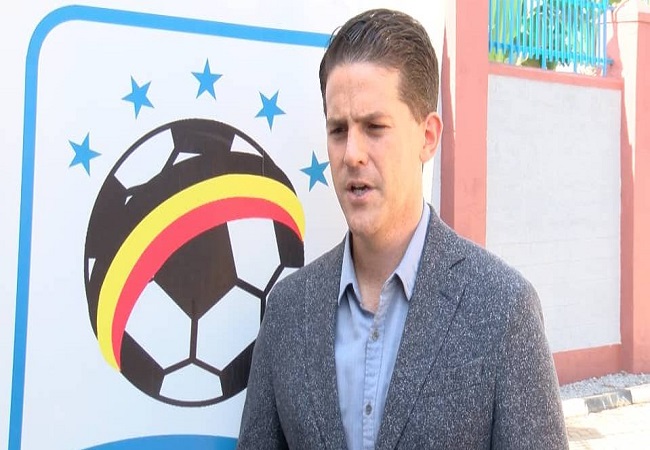 After A draw against Rwanda, Uganda lost their second group game against Togo. And if the Cranes are to reach the quarter-finals, they must pick a win against the Atlas Lions.

The Amavubi drew 0-0 against the reigning champions even though they looked outclassed. And McKinstry said the Chan 2016 finalists were unlucky not to emerge victors from the game.

“We need to pick ourselves up. Because we know Morocco are a team that can be beaten. I think Rwanda were quite unlucky not to pick three points from the game.” McKinstry told Goal.

“We need to prepare ourselves knowing that any kind of a win will put us in the quarter-final.”

Uganda ceded some more ground in pursuit of a place in the knockout stage after Togo defeated them 2-1. The loss did not entirely break the heart of McKinstry. – Who has always insisted on the need for Uganda to fight for a maiden slot in Chan’s knockout phase. – As he believes they can navigate past the Atlas Lions and into the next stage.

“What I can say is that the only thing that was lacking from our game was not getting the target.” He added.

“We are not out of the competition. Because if we beat Morocco we will qualify for the quarter-finals. The decider in the group stage is the head-to-head rule. And so I want to say again a win against Morocco will take us through.

“That is my understanding when reading the rules.”

The Northern Irish tactician, however, hailed how his players faced the Sparrowhawks despite the first defeat in Cameroon.

“We played well and created chances in the first half. And we were the team on top but for the own goal.” He concluded. “I know it is going to be on the highlights, where we believe it was a free-kick against our centre-back just before the corner was awarded.”

“So, we would like to see that again. But it is what it is. Our guys played well and in the second half when we pushed to get a goal we put Togo under a lot of pressure. And we were the team dictating the tempo. And yes, there were one or two counter-attacks from our opponents.

“We ultimately did not get the goal that we needed. But congratulations to Togo. You know football is about putting the ball into the net.”