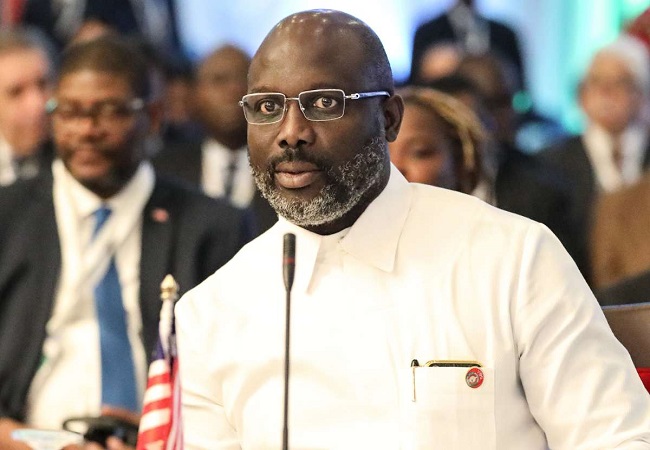 Liberian President George Weah has said Juventus remain his favourites to win the Serie A title despite their current struggles.

Juve, under rookie manager Andrea Pirlo, come into the weekend 10 points adrift of leaders AC Milan. And they look likely to miss out on a 10th successive Scudetto.

However, Weah – who played in Italy with Milan from 1995 to 2000 – has warned against writing off the Turin club.

“First of all, because I supported the Bianconeri as a child. Secondly because they’ve won the Scudetto for the last nine years in a row.” Said Weah explaining to La Gazzetta dello Sport (as quoted by Football Italia) why he still considers Juve the favourites.

“I used to watch Serie A and French football in Africa. They were showing the images of Platini and I got attached to Juventus.

“Then my life brought me to Milan where I found a family and a special environment. Milan gave me everything. But I kept supporting Juve.”

The Liberian football legend also weighed in on Juve’s Cristiano Ronaldo. He who scored his 760th career goal in midweek to become the disputed all-time leading scorer in the sport.

“Ronaldo is also testimony to how combining hard work and passion can bring unexpected results.” Said the Liberian President.

“He is not the best in the world. But he trained so much to become the best. I am a fan of Ronaldo. Because he remained humble. And he earned everything he achieved. He fought to get where he is now.” Added Weah.