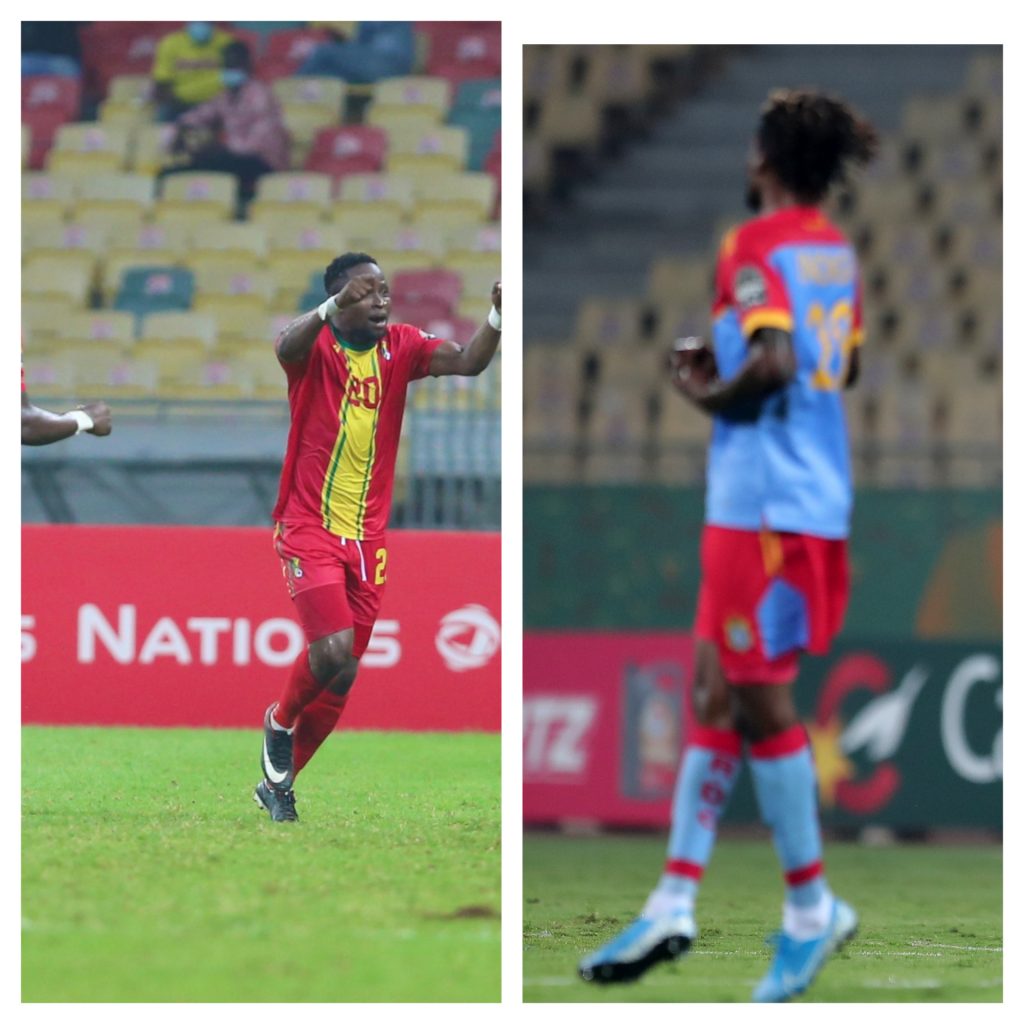 The battle for who will qualify to the quarter final of the ongoing Total CHAN competition in Group has finally been decided with the Congos through to the last eight.

Kadima Kabangu’s towering header puts DR Congo in the lead after both team had played 0-0 in the first half.

The Mena got their equalizer through Moussa Issa Mossi to restore Niger booe of gpin through to the quarter final.

Masasi Obenza then scored  the second for his side to send his side to the quarter final and Niger fairytale came to an end.

In the other exposive Group B match played at the Japoma Stadium in Douala it was Congo Brazzaville who emerged victorious.

An end to end attacking football saw both teams failing to take their chances as they were in a dire need of the three points to lit them through.

But Congo’s goalkeeper Pavelh Ndzila had earlier made a good save punching out Muetaz Al Mehdi’s shot after 11 minutes.

Jaures Ngombe also came close for Congo after 14 minutes, but missed the target by inches.

In the second half the Red Devils of Congo returned charged and took the lead after 52 minutes.

The Libyan defenders failed to intercept a high cross giving Cautrand Ngouenimba a clear chance to finish from close range.

Libya, the 2014 CHAN winners fought back strongly after conceding the goal, while Congo defended in numbers.

Salah Fakhron and Mohamed Makkari had their shots saved by the Congolese goalkeeper.

Congo Brazzaville who are making their third appearance in the CHAN tournament will now face Mali in the first quarter final clash on January 30th in Yaounde.

DR Congo who came out top of Group B will battle Cameroon in the second quarter final to be played at the Japoma Stadium in Douala the same day.