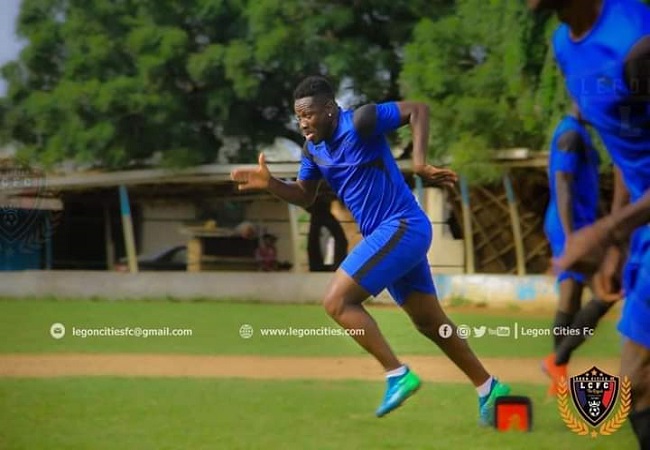 Asamoah Gyan joined Legon Cities prior to the commencement of the season on a free transfer. The veteran striker has been out of action due to injuries.

Legon Cities head coach, Bashiru Hayford says he is confident Asamoah Gyan will return to the pitch stronger. As he expresses his readiness to play him.

Despite the difficult situation, Bashir Hayford says he needs Asamoah Gyan badly in his team. And he is ready to select him even if he is only 20% fit.

“Asamoah Gyan complained about groin just two days to our game. So the physio sidelined him again for two weeks.” He told Accra based Hot FM.

“There’s no coach who will have Asamoah Gyan in his team and bench him. Even if Gyan is 20% fit, I will use him.

“I can only say that hopefully, we might see him before the end of the first round.” He added.

Asamoah Gyan has featured only twice this season against Medeama SC in his debut and Dreams FC- all coming from the bench.

The Royals will take on regional rivals Inter Allies in match-week 11 of the 2020/21 Ghana Premier League (GPL).