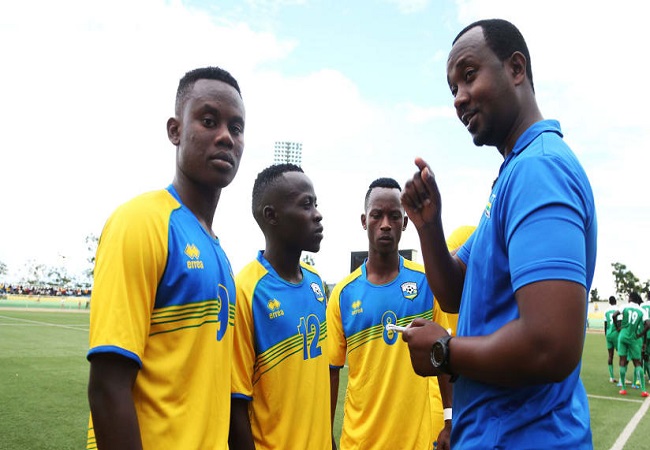 Group C will play their final match of the African Nations Championship (CHAN) 2020 Tuesday night. Rwanda take on Togo at Stade de Limbe. And Amavubi head coach Vincent Mashami has called on his team to be on the attack from kick-off.

Ahead of the tie against the West African debutants, Rwanda travelled on Sunday from Douala to tonight’s host city of Limbe.

The other group tie pits Uganda against group leaders and defending champions Morocco with the former needing a win to reach the knock-out stage.

Togo are second in the group with three points from two matches. While third-placed Rwanda are still searching for their first win and first goal at the tournament.

Rwanda’s Amavubi are third with two points, with Uganda Cranes sitting bottom of the group with one point.

Rwanda and Togo have never met in any competition although they played once in a warm-up in 2008 which the latter won 1-0.

Amavubi’s first two fixtures ended goalless against Uganda and Morocco. Speaking ahead of Tuesday’s fixture, Mashami said his team will do everything to win the game.

“We know it won’t be an easy game as we are up against one of the best teams in our group. But we are ready for the challenge. We will give everything.”

“We have big ambitions.” The head coach said urging his players to step up.

Despite boasting an unbeaten record at this year’s CHAN edition, Rwanda have been guilty of creating too few opportunities in front of opposition goal, drawing their first two games 0-0.

Their opponents Togo, on the other hand, recovered from their narrow defeat to Morocco to overcome Uganda 2-1. It was in an entertaining match in which both sides scored some of the best goals of the tournament – at least so far.

Draws could be enough for Morocco and Togo to reach the last eight. But on the contrary, East Africans Rwanda and Uganda need to win to go through.

Rwanda are making their fourth appearance at the African Nations Championship.