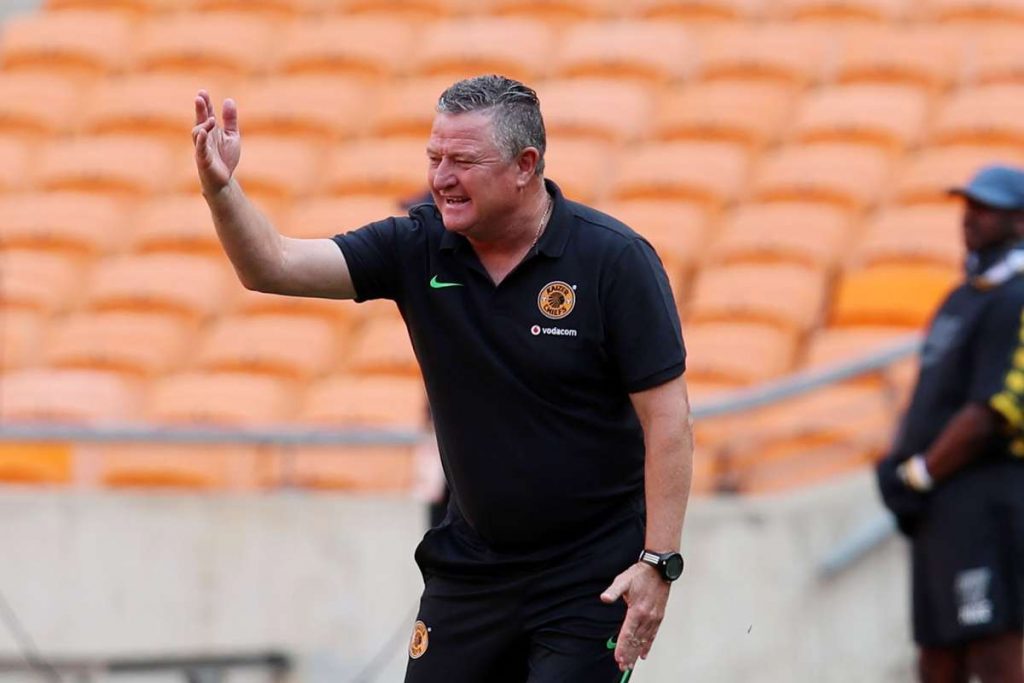 Kaizer Chiefs have drawn their league game to Baroka earlier today and their manager Gavin Hunt wished they could have scored more goals.

The Glamour Boys failed to win in their last two Dstv Premiership games as they got just two points out of six possible (goalless draw against Stellenbosch last week).

With the latest draw to Baroka (1-1), their boss Hunt said they could have done better than they did.

“A lot of opportunities again. We could’ve been out of sight in the first half,” Hunt told SuperSport TV, per Kickoff.

“Baroka did well, they work hard, they’re strong, they’re fit, but we knew that. But all in all, disappointed with the result but we showed a little bit of character to come back. But we’ve got to be tougher. Can’t concede a goal like that.

“Our two centre-backs they must be eight feet tall and their 27 was outjumping them the whole day.

“I thought their 27 [Makgopa] was unbelievable. Fantastic performance from the boy up front. That’s how the goal came. Anyway, it’s what we’ve got to get better at. We’ve got to get a lot more game toughness in us and a little bit more awareness.”

The former Bidvest Wits boss evoked also their next game against fifth based-club on the league standings Orlando Pirates next Saturday.

“It’s obviously something that with the situation is very difficult to play,” said the former SuperSport United and Bidvest Wits tactician.

“We’ll embrace it and face it on Saturday. We’ve got an extra day now which he haven’t had for the past couple of weeks. Hopefully we can try and regroup and get one or two back.”