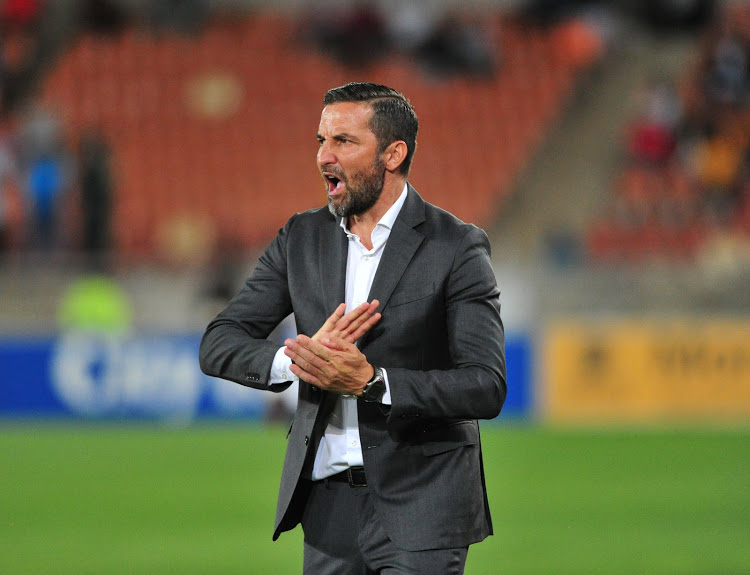 Orlando Pirates coach Josef Zinnbauer said his side is in need of another striker following their draw (1-1) to TS Galaxy on Tuesday afternoon.

Bucs have tried to score another but they failed to do so as their occasions were not negociated well.

“We started the game well, we took our opportunity but then it’s one cross and we’re asleep in the defence, not one player alone, one, two, three players,” the German told SuperSport TV after the match, per Kickoff.

“Then we work on this, we do our best but in the end we hit the post, the chances that we had, in the moment we don’t score but if you don’t have goals you don’t win the game.

“We can’t change the world, we don’t have a striker what need [Deon Hotto] did a good work coming from the wing but we need another striker, you can feel this, you can feel in the box the typical striker like Lepasa, Mabasa, ‘Gaba’ [Mhango] you have not,” he said.

Josef Zinnbauer : We did not have the luck we need against Arrows

“But we can’t change the world we do our best, [Thembinkosi] Lorch in the last minute so close [to scoring], you see [Bongani] Sam made the goal, a full-back. We found the system for this but it’s always a feet between the ball and a goal, we have a little bit unluck in the moment we cannot change, we have to focus on the next game, we have to work on it.

“We have not a lot of training sessions in the last four weeks, it’s not possible to say now a striker is here, we have to work with what we have, we have good players but the result is not okay for me, it’s not enough, the performance yes, the tactics, it’s running we had situations to score but at this moment we don’t have this power what we need for a goal,” he added.