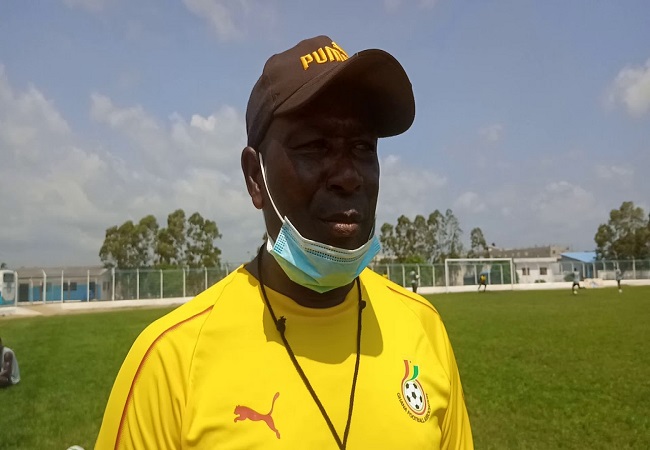 Confederation of African Football (CAF) held group stages draw for the 2021 AFCON U20 on Monday morning. The Black Satellites coach has shared his thoughts on his team’s opponents for the first round of the continental competition.

Ghana coach Abdul Karim Zito does not want to underrate any opposition after learning of his group stage opponents for the upcoming Africa U20 Cup of Nations in Mauritania.

The group draw pitted the three-time champions against Morocco, Gambia and Tanzania in Group C of the youth championship. Competition that will run from 14th February to 4th March.

The Black Satellites will open their campaign against Tanzania before facing Morocco on matchday two. A clash with Gambia is set to round up Ghana’s group stage adventure.

“There is no small team in African football today. Every team is trying to lift their game to meet the modern trend of the game.” Zito told Footballmadeinghana.

“For me, it’s a tough group. But we can sail through.”

Ghana qualified for the U20 Afcon after reaching the final of the Wafu Zone B Cup of Nations in Benin last month.

At the sub-regional championship, the Black Satellites went on to win the trophy, beating Burkina Faso 2-1 in the final.

“When I came back [from the tournament], I told my scouts I needed certain players. And luckily for me, the [Ghana Premier] league is currently ongoing. Which will make it easy for us selecting the best to represent the country.” Zito told Happy FM in a separate interview.

“We are going all out to make Ghana and West Africa proud. Because we are representing the sub-region. Our target is the ultimate prize.”

Ordinarily, the upcoming African championship would have served as qualifiers for the Fifa U20 World Cup. With the four semi-finalists going on to represent the continent at the global gathering.

This year’s Afcon will, however, be different from previous editions of the tournament. As there will be no World Cup tickets up for grabs.

Late last year, Fifa announced the cancellation of the world tournament scheduled for Indonesia owing to health and safety concerns about the Covid-19 pandemic.

Ghana have set their sights on finishing among the top four in Mauritania to make a return for the World Cup, having failed to qualify for the competition since the 2015 championship in New Zealand.