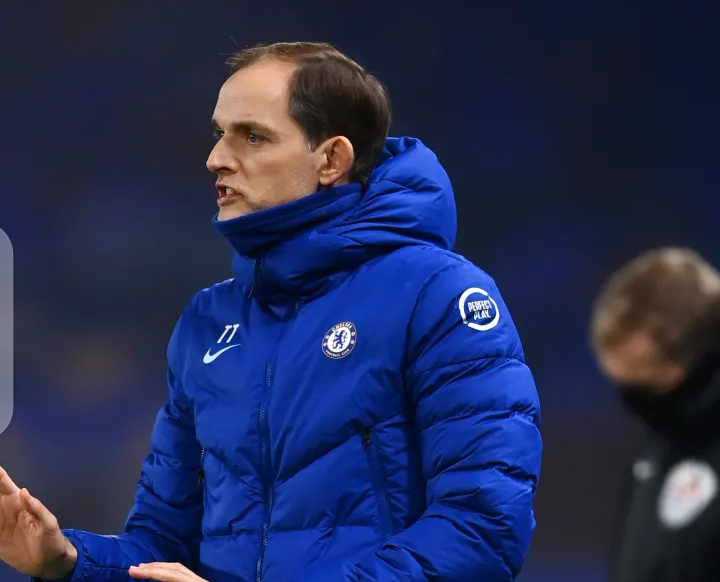 Chelsea new head coach Thomas Tuchel said he is aware of the challenges ahead as he took over from Frank Lampard.
Tuchel who became the German to manage Chelsea had his first press conference on Thursday.
He was also in the dugout for the first time as the Blues played 0-0 against Wolves at Stamford Bridge.
He was questioned on whether he is concerned about his job security in his new role.

The former Paris Saint -Germain gaffer replied yes and no and pointed how grateful he is to be able to work at a club at this level.

‘It does not scare me, we have big ambition and me myself, I have the biggest ambitions.
“I am very excited about the mixture of the team and the structure of the club and the first days were amazing.
“I am absolutely aware that at some point everybody expects results, but I am doing that myself.”

He also spoke about his ambition for the job and whether signings are sought during this transfer window, but one of the first questions he was asked was whether he fears a fan backlash having replaced a club legend like Frank Lampard.

“I don’t know, I hope not, because that would be hard on the team,’ Tuchel responded, ‘because we need our supporters like any team and in a stadium like ours and a club like Chelsea, to have the fans so close and behind the team makes a difference.

“I can absolutely assume that it is a big, big disappointment for the fanbase to see that Frank was sacked.

” I have the biggest respect for him and was a huge fan of Frank as a player.

“It was pure joy to watch him play to see how he played with personality.

“He was one of the key figures to demonstrate over 90 minutes what Chelsea is all about, about intensity, about devotion, about winning mentality.

“I have the biggest respect for him personally and for his legacy, and it just got bigger when I received a message today in the morning,’ he revealed, ‘a personal message to wish me all the best and maybe that we meet in the future when this is possible.

“Honestly, nothing has changed there but in the last 72 hours the club made it clear to me that this is not my fault, and I cannot change the situation for him.

“The decision was made and I was handed the opportunity.’

Widening the debate on the mixture of the team and the make-up of the squad, and with the mid-season transfer window soon to close, Tuchel considered whether there is a need for new signings.

“We have now one game and two training sessions and I am very happy with what I see so far, the performance, the attitude and the talent and potential.

He also gave an update on N’Golo Kante who is back to training.

“N’Golo Kante came back today so we have 22 players plus the goalkeepers for our programme in the three competitions. Absolutely not too much.

“I have the feeling right now that the guys deserve to be trusted and I want to trust everybody.

“If a possibility comes along that we all agree will make us stronger right away, we will not hesitate I am sure, but it is not like we have the absolute need to do something.’