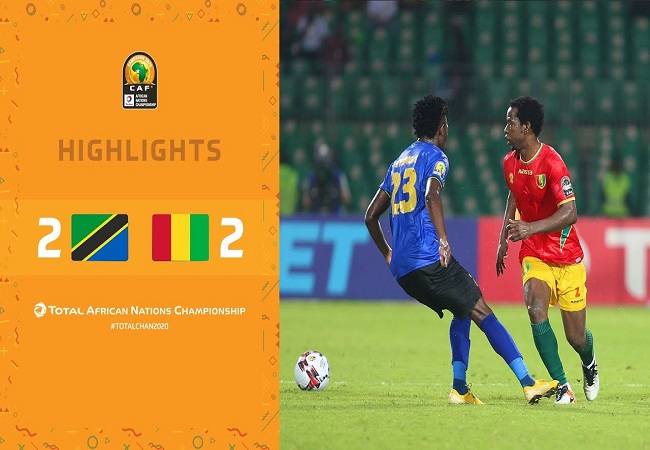 Tanzania early left the CHAN 2020 at the group stage. However, the tactician calls on fans back in Dar es Salaam to support the team. Despite their failure to reach the last eight of the continental tournament.

Tanzania coach Etienne Ndayiragije has maintained his players deserved to be praised despite being eliminated from the African Nations Championship in Cameroon.

The Taifa Stars needed a win during their final Group D match against Guinea to qualify for the quarter-finals. They unfortunately managed to battle to a 2-2 draw in the match taht took place at the Reunification Stadium.

Despite the early, coach Ndayiragije has maintained his players deserve praise because they showed a fighting spirit in the fixture but a lack of concentration undid them.

“As a team, we have improved a lot basing on the displayed performance.” Ndayiragije said as quoted by Daily News.

“During our first game against Zambia, we played very well in the opening stages. But after conceding, morale dropped. Against Guinea, even though we conceded early, the boys kept pushing until we equalised and sourced another goal to lead 2-1. But, lack of concentration enabled the Guineans to settle the score.”

Ndayiragije also blamed the match officials for the penalty they awarded to Guinea, saying it was not a penalty.

On his part, midfielder Feisal Salum admitted it was not good to exit the competition at an early stage. But he said they had picked up some positives to take back home from the competition.

“The results were not what we wanted as we really wanted to win. But we just thank God for everything. And the good thing is that we have learned a lot putting in mind that most of the players in this squad are new and were making their debut in a big tournament.” Salum told the same publication.

Keeper Aishi Manula also said they tried their best to reach the last eight of the competition. But luck was not on their side.

“I think Tanzanians wherever that are have seen how we performed on [Wednesday]. But it was a tough game since our opponents also wanted to get through using the same path. As players, we did our best to win.”

The National Elephants finished top of the group with five points, the same as Zambia who had an inferior goal difference. Tanzania finished on four points while Namibia finished with one point.