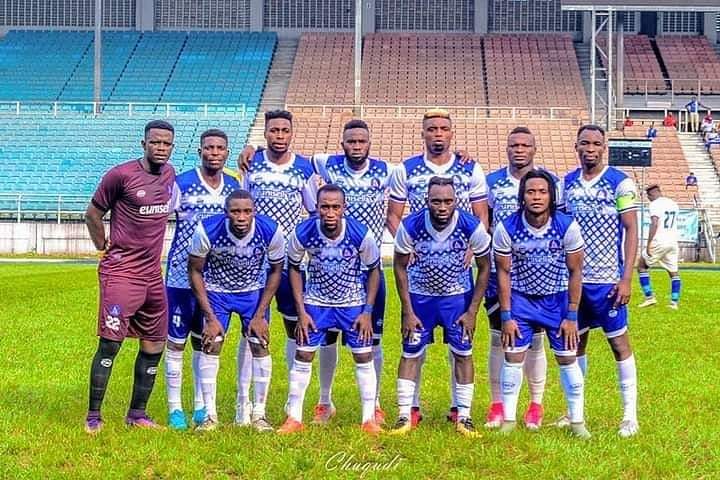 Hostility resumes in the Nigeria Professional Football League (NPFL) which enters week 7 this weekend with one game scheduled for Friday.

Top of the log, Nasarawa United unbeaten run will be at stake when they play against Plateau United in Jos.

With a week full of action, Africatopsports takes a look at five interesting games you will not want to misss this week.

Read Also:NPFL: We’re going to end the season amongst the top six- Okagbue

With fans of the NPFL able to watch the league via their mobile phone and Television through the NPFL.TV app, here are our five pick of Matchday 7. 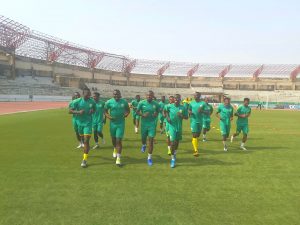 An impressive Nasarawa United will be on the road to Jos when they will be hosted by Plateau United.

While Plateau United will be hoping to return to winning after the goaless draw against Katsina United on Matchday 6.

Nasarawa United is thr only team yet to lost a game after six matches in the NPFL.

They have won four of their previous games and drew two and they last game was the 2-1 come back win against Warri Wolves at the Ozoro Polytechnic Stadium.

For Plateau United, they have lost two won two and drew two in their previous games.

Since losing to Kwara United ta home, the are yet to loss a game in Jos.

Both teams have met 10 previous times with Plateau United winning 6 out of their 10 meetings.

Nasarawa United won two while two of their previous meeting ended in a draw.

On average in direct matches both teams scored 2.00 goals per match.

With history on the side of Plateau United, they are certain to win 2-1 and end Nasarawa unbeaten streak. 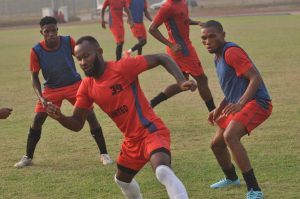 Akwa United are yet to come to the party this season having started on a poor note.

They have failed to win in their last three games which places Kennedy Boboye in an unpleasant situation.

The club out of frustration in their lost to Wikki Tourist we’re said to have attacked a match official and now they face a N3 million fine.

They will be hoping to get their second win of the season when they host Kano Pillars at the Nest of champions.

The Promise Keepers are not getting the goal despite creating much chances their previous games.

They have been able to get just one win , three draws and two losses in their previous games including the 2-1 loss to Heartland FC on Matchday 6.

The MaSuGida side have won three games and played 2 draws.

Kano Pillars have won more games against Akwa United in their previous meeting.

Both teams have met 21 times so far with Akwa United winning 7 direct matches and Kano Pillars winning 10 while four of their previous games ended in a draw.

On average in direct matches both teams scored a 1.81 goals per Match.

With the management of Akwa United not happy with Boboye’s current results, winning Kano Pillars could help him regain the trust of the board. 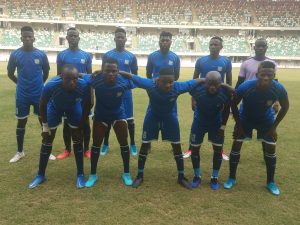 After picking  2-1 away win in Uyo against Dakkada FC, Sunshine Stars will welcome Enugu Rangers to the Akure Township Stadium.

Gbenga Ogunbote is gradually getting the best out of his players as they have continued to impress both at home and away.

For Enugu Rangers, they will be hoping to return back to winning ways after they were held to goalless draw by Lobi Stars.

Sunshine Stars have won three games , drew one and lost two so far this season.

Their 2-1 away victory last week against Dakkada FC will be a morale booster heading.

On the other hand, the Flying Antelopes have won three drew two and lost just once this season.

The last time both teams met in Akure was February 23 2020 and they shared the spoils.

Enugu Rangerd have win 11 matches in 25 matches played between these two sides.

Sunshine Stars also have their own piece of cake in their previous meeting won 8 direct matches while matches ended in a draw.

On average in a direct matches, both teams scored a 1.88 goals per match.

Rangers will gala tough side to easily beat in Akure and as such the game could end 1-1. 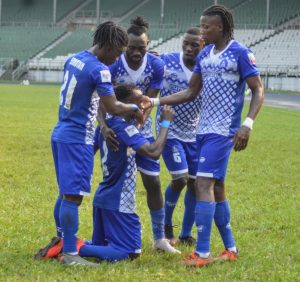 Rivers United are condemned to win and to top of the league table when they host Adamawa United.

The ‘Pride of Rivers’ after booking a place in the last stage of the CAF Confederation Cup against Bloemfontein Celtic, suffered a 1-0 lost to Kano Pillars.

They will capitalise on Adamawa United poor form to pick a win at home.

Only Wikki Tourists and Kano Pillars have defeated Rivers United this sesson and both games was away.

They have won four games and yet to loss at home.

For Adamawa United, it’s a poor start for them as they currently rock bottom of the table  with just two points from six games.

Their last game ended in a 2-1 loss at home to Enyimba FC.

Both teams have met just once previously with Rivers United claiming victory.

On average in direct matches both teams scored a 2.00 goals per Match.

A resurgence Heartland team will be hoping to pick their first points away from home when they play against Jigawa Golden Stars in a neutral ground.
After coming from behind to snatch a 2-1 win against Akwa United, Heartland want to continue their resurgence.
For Jigawa, their 2-0 loss to Wikki Tourists will put them on their toes.

Heartland FC have won 3 matches so far in 6 matches played previously.
Jigawa won 2 direct matches while one game ended in a draw.
On average in direct matches both teams scored a 1.83 goals per Match.