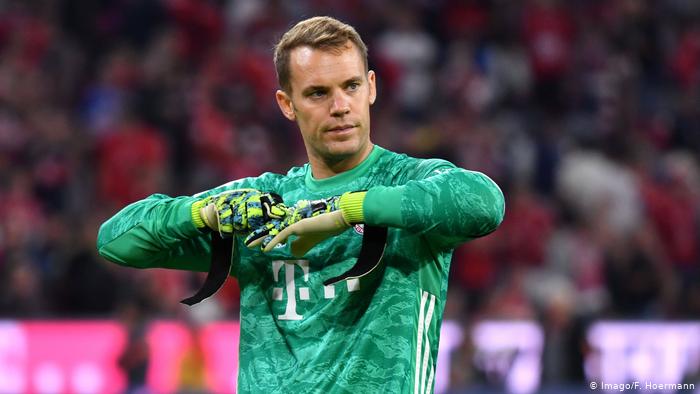 Bayern Munich stickman Manuel Neuer admitted it will not be easy for his side to play Al Ahly in the FIFA Club World Cup should the Red Devils knocked out Al-Duhail.

Al Ahly know what to do if they aims at playing against UEFA Champions league defending champions Bayern Munich.

Pitso Mosimane and his men need to beat hosts Al-Duhail on February 4 in order to face Manuel Neuer and his teammates.

The German goalkeeper told FIFA.com that they know Al Ahly team and it will be not easy for them if they face each other in the semi-final, although Bayern Munich’s goal is to win the title.

“We know Al Ahly; they are the winner of the CAF Champions League so it may be a difficult task,” Neuer said.

“It was tough in 2013 as well. It’s not easy to play against teams you don’t know much about,” he added.

As a reminder, Neuer has once played against Al Ahly in a friendly back in 2012 as Bayern Munich won 2-1.

He was also in the sticks when Bavarians defeated Raja Casablanca to win the FIFA Club World Cup in 2013 (2-0).