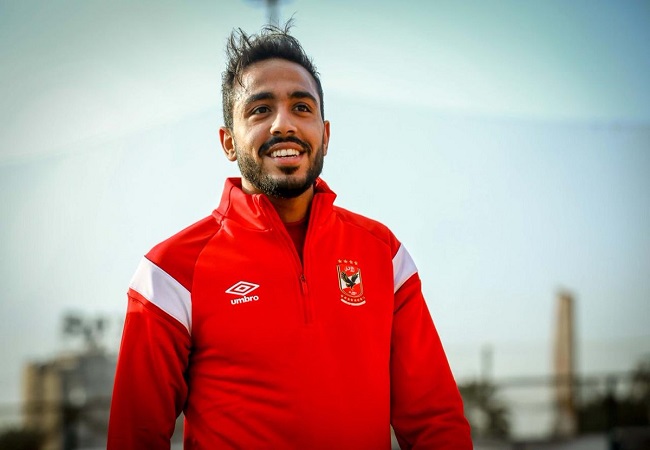 Of his full name Mahmoud Abdel Moneim Suleiman, everyone knows him as Kahraba, the Arabic word for electricity. Those closest to him, or indeed anyone who witnesses the energy he expends both on and off the pitch, can attest to the aptness of the nickname. With his electrifying dribbles and ability to leave opponents in his wake, he is rightly regarded as one of Al Ahly’s most important attacking weapons.

“I was dubbed Kahraba for the first time when I was in the youth categories of Al Ahly.” He told FIFA.com. “Coach Badr Rajab gave me the nickname in recognition of my energy and my winning mindset. He thought I was electric because of how I tried to be everywhere on the pitch. I’ve had that nickname since I was nine.”

Although they will be taking one game at a time, Al Ahly’s ambitions are not limited to challenging Al Duhail or even Bayern. Team-mate Hussein El Shahat recently revealed his ambition to win the title. And it is an objective that Kahraba shares.

“Every player has his own ambitions. But the most important thing is to play well and help the team.” Said the 26-year-old. “My desire is to reach the final and win the Club World Cup with my team. We tell our fans that our goal is to win the tournament. Not play one or two games and return home.

“I’ve been an Al Ahly fan since I was a kid and so remember past performances at the FIFA Club World Cup. I recall slipping out of school to catch games at the cafe. It was a great feeling to watch Al Ahly play while we drank cups of milky tea. I’ve always dreamed of playing at the Club World Cup. And that dream is finally going to come true.

“The Al Ahly fans mean a great deal to me. Because I’m one of them. Al Ahly is something special in my life – I think of it as I would my father or mother. I hope I can continue playing with this team in the future. And that we can achieve our goals and make the fans happy.” He Added.