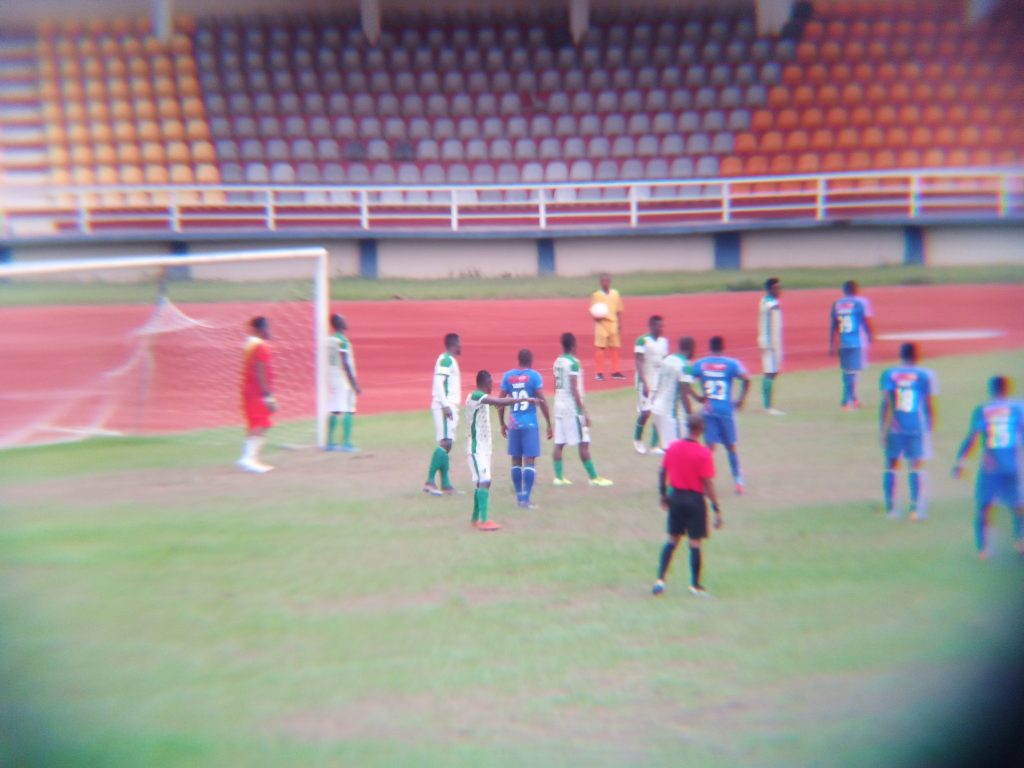 Warri Wolves returned to winning ways in the Nigeria Professional Football League following a 1-0 win against Plateau United on Wednesday at the Ozoro Polytechnic Stadium.

The Seasider after losing two consecutive games against Nasarawa United in Ozoro in Matchday 6 and Dakkada FC in Akwa Ibom on Matchday 7 bounced back to a sweet victory.

Warri Wolves Technical Adviser Evans Ogenyi made three changes to the squad that suffered a 3-1 loss to Dakkada FC on Sunday.

Plateau United threatened to take the lead in the opening  minutes but were largely restricted to making attempts from afar in most instances by the host.

Both teams however failed to find the net heading for the first half.

But it was Yarhere’s 71 minutes goal that handed Warri Wolves the maximum points.

The ball had bounced off the grip of Plateau United’s goalkeeper Chinedu Anozie, with the lurking Yarhere reacting first to put the Oil City club in the lead.

Speaking on the outcome of game, Warri Wolves’ Technical Adviser, Evans Ogenyi, praised his players for securing the victory and all maximum points at stake.

“I feel happy that we won this match, because I told my players that we’re condemned to win against Plateau United,” Ogenyi stated.

“I told them that winning mentality must come back. A situation where you lose three games in a row isn’t pleasant at all.”

“If not for anxiety on the part of my players, we could have converted our chances today.”

“We could have been ahead in the first half.”

“At halftime, I told them there’s need for us to up our game, because the team that takes her chances wins matches.”

“And you saw the hunger, that desire, that determination to garner the three points at stake.”

“So, what matters at the end of the day is to get the win and that’s why, I’m happy.”

Warri Wolves will travel to the coal city of Enugu to keep a date with Rangers International in a blockbuster Matchday 9 fixture on Sunday, February 7, 2021 at the Nnamdi Azikiwe Stadium.