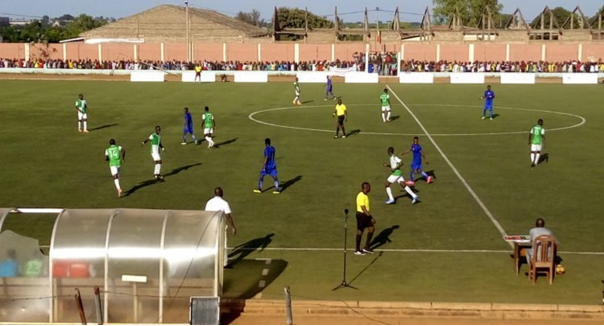 In order to give a new dynamic to beninese football, the government decide to professionnalize the national championship. The purpose of this decision is to associate differents companies of the country and get them work together to contribute to the development if the local football. So, each class of the society is put in contribution to a participation that would benefit  every parts concerned.

To put an end to the crisis

Even if we all agree that the success of the sport in a country is due mainly to his organization, we have also to know that the sport’s development depends also on the  government’s politics, the sportive leaders behaviours and the contribution of the partners. Since Benin has been Independant, its football encountered many difficulties favored by  conflicts, politics instability, and severe economic problems. To face this problem, the actual government through the Miinister of sports, show his determination to bring the country out of this bad situation and lead its football to the top level. With these reforms, Beninese football will still be the subject of Paris sportif.

The Benin’s Minister of Sports, Oswald OMEKY does not want to waste time in the way to professionnalize national sports in general and particularly the football. After he presented the model of sportive partnerships in August of the last year, he met the differents presidents of each league: League 1, League 3, League 3 in order to expose to them the ins and outs of his projects.

The partnerships put in this contribution

A new guideline for the development of the beninese football: that’s the dimension that the government of the president TALON wants to give to the most popular sport in the world. After he has exposed to the companies owners that the football clubs should be helped to become later anonymous professional companies, the Minister of Sports in agreement with the President of Beninese Football Federation Mathurin De CHACUS decided to meet the presidents of these clubs to expose to them the project.

The football leaders want to make sure to do all they can, and all the necessary to bring the local companies to participate to the local development. This will help us develop sport and also popularize the society. It is clear that the local budget is unsufficient to develop all sectors of activities: so it will be a real bet to promote football.

Nobody wil be forgot

The football clubs will ameliorate thanks these new reforms. The professionnalisation of football is now initiated. The new reforms established by the government will help the country become a real football nation. The professionnalization has forced some clubs to change their names. The club Eazaria FC of Mouhamadou Hadi became Djeffa FC for these saving reforms. The clubs will ameliorate and the work and living conditions  of the players will change to the best. The transition season announced with 34 clubs will allow us to confirm investment of the companies.

The companies which do not profit from this reforms are the real winner. Indeed, they will invest a lot at the beginning and later they will make a big profits. So it is like if the companies are the owners of the club. The clubs must have good results if they don’t want to loose teir sponsors. Everybody should do the necessary to make sure that the contrat profits to all parts and is also durable.