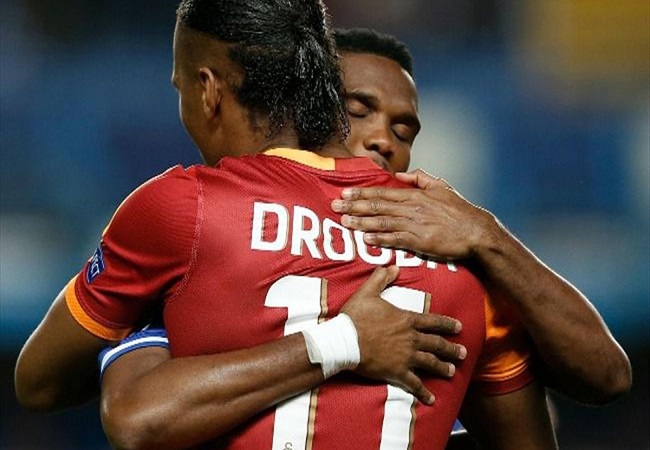 A lot of players tasted the african award given every year to the best player of the continent since its creation in 1992. Some people have done more than others to  stay in the fans minds and make sure that  they  will not ever been forgotten. During their career, many players have tasted the pleasure of winning the title of the Best African player since its inception in 1992. Some have left their mark and remained focused in the memories of African football fans. Below is briefly the top 5 of the best african players who won this prestigious award.

The former international Ivorian Yaya Touré is the only player who won the CAF Ballon d’Or four times consecutively: 2011, 2012, 2013 and 2014. He won these awards when he was playing for Manchester City. Kolo Touré’s brother has a great career and aloso won the Africa Cup of Nations in 2015 with the Elephants of Côte d’Ivoire. He began in ASEC Abidjan and go to Belgium to continue his career in KSK Beveren in 2001. After this club, he will play successively in the ukrainian club  Metalurg Donetsk and Olympiakos  de Pirée in Greece.

In 2006, the native of Bouaké came to the club of principality  Monaco for 5,5millions €. After doing an exceptional season in Monaco, he will sign in FC Barcelona in2007 for 10 millions €.  With the blaugranna he scores 6 goals in 118 matches. He won many trophies with this club: for example, the sextuplet of 2009. This sextuplet contains the champions league, the spanish championship, the copa del Rey, the  Spanish supercup, , the UEFA supercup and the Clubs World Cup. Before going from Barça to Manchester City, the player who totalize quasi 100 selections won the championship in 2009-2010. He also spent good times with the skyblues: 8 years from 2010 to 2018. He played 316 matches and scored 79 goals, won the Premier League on 3 times. Actually, Yaya Touré is always in activity, but does not have a club. Yaya has a lot of fanatics who love the online casino.

By opposition to Yaya Touré, Samuel Eto’o has retired from the football. His wish is to become later a coach kike many former players. The Indomitable Lion has also won four  CAF Ballon d’Or on those there are three which he won successively. He was the best player ik 2003, 2004, 2005 and 20010. The native of NKoun in Yaoundé has played 762 games  in clubs and totalize370 goals scored in all the competitions he played.

In the national selection, he scored 56 goals on 116 games played between 1997 and 2014. The 39 years old former forward has played for great clubs like Real Madrid, Majorque, Leganes, Espanyol Barcelona, Barcelona, Inter Milan, Chelsea, Everton, Sampdoria Gênes, Antalyaspor and Konyaspor. He is the best striker of the history the AFCON and has won three Champions League of which two for Barca and the last one with Inter Milan. He was also awarded as Pichichi (an award for the best striker of the season in Spain) when he was exceling under barcelona’s colours. Great star if Africa, he never stops to defend african people.

He never won the Africa Cup of Nation with Côte d’Ivoire, but can he is the second ivorian player to have won a lot of CAF Ballon d’Or. In 2006 and 2009, the former player Olypique de Marseille won this award. For a long time in competition with Samuel Eto’o, Didier Drogba has impacted the English Premier League in 8 years, between 2004 and 2012. He scored 164 goals  in 341 games. The <<Super DD>> won the Champions League in 2012 against Bayern Munichen after a final lost against Manchester United in 2008.

Today, the former player of Phoenix Rising, Galatassaray and the Impact of Montreal aims to become the president of the Ivorian Football Federation.He is very determined to make sure he brings his talent for the development of his country’s football.

After these three players, another players have also done more in their career. We can talk about the Nigerian Nwankwo kanu, the Senegalese El-Hadji Diouf, the Egyptian Mohamed Salah. Let’s also remember you that the first winner of the award is the former international Ghanaian Abédi Pelé, the father of André Ayew and Jordan Ayew.