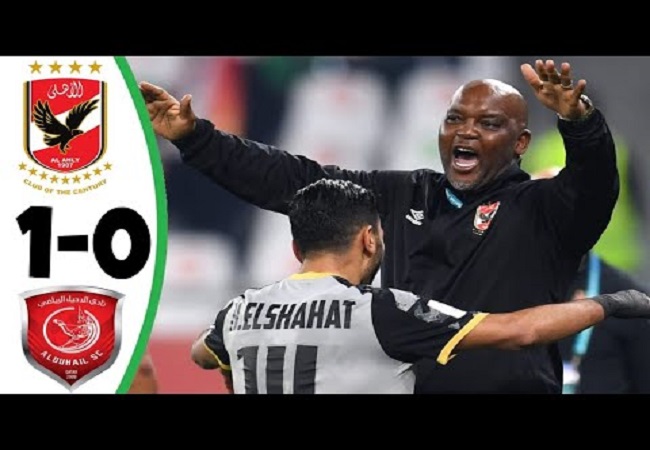 The African champion will play the European champion in the semifinals of the Club World Cup. As Al Ahly beat Qatari team Al Duhail 1-0 on Thursday to clinch a meeting with Bayern Munich.

Al Ahly striker Walter Bwalya capitalised on a loose ball at the half-hour mark before finding El Shahat. He who drilled it past Al Duhail goalkeeper Salah Zakaria into the bottom left corner.

Bwalya thought he had doubled the lead for the African champions just before halftime. But his effort was chalked off by VAR for offside.

The Qatari outfit threatened to equalise in the second half. And they finished the match at Al Rayyan’s Education City Stadium with 15 attempts on goal. But Al Ahly goalkeeper Mohamed El-Shenawy’s handling was up to the task.

Al Ahly, who won the African Champions League last year, will next face European champions Bayern Munich on Monday. They will play for a place in the final, which will be held on 11th Feb.