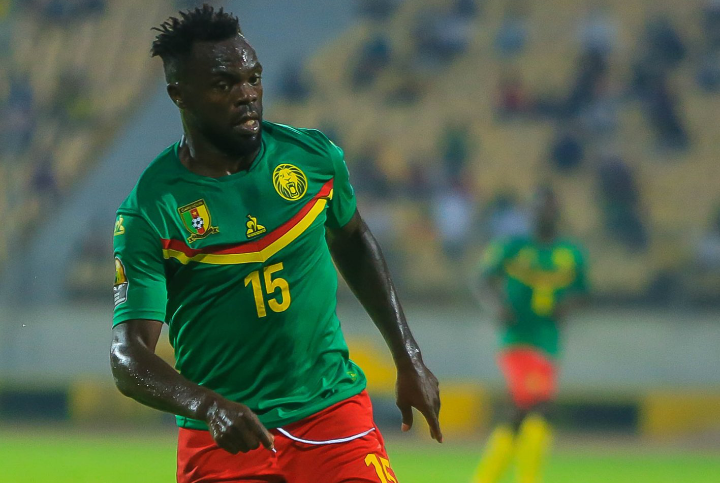 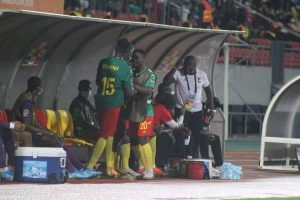 Cameroonian national team has sent their player Yannick Njeng back home from the Total CHAN 2020 squad for characterised indiscipline.
The Indomitable Lions hope of winning the ongoing CHAN title was dashed as they suffered a 4-0 loss to defending champions Morocco at the Omnisports Stadium, Limbe.
Njeng was involved in an uproar with both his team mate and his coach which led to his suspension.

Read Also: Martin Ndtoungou Mpile : Nothing seemed to work for us against Morocco

Africatopsports.com learnt from a press release by the media officer of the team that the player has now been excluded from the team.
He left the team hotel on Thursday morning at the request of coach Martin Ndtoungou Mpile.
The player was also handed a 15m CFA and will now have to pay 6m CFA after 9m CFA of will be removed as his match bonuses.
The statement from the Cameroonian FA reads as follows;
“The public is by this release informed that Yannick Njeng player of the Intermediate Lions of Cameroon has been excluded from the team currently taking part in the ongoing #TOTALCHAN2020 for characterised indiscipline.”
The Indomitable Lions will play Guinea in the third place match of the CHAN 2020.