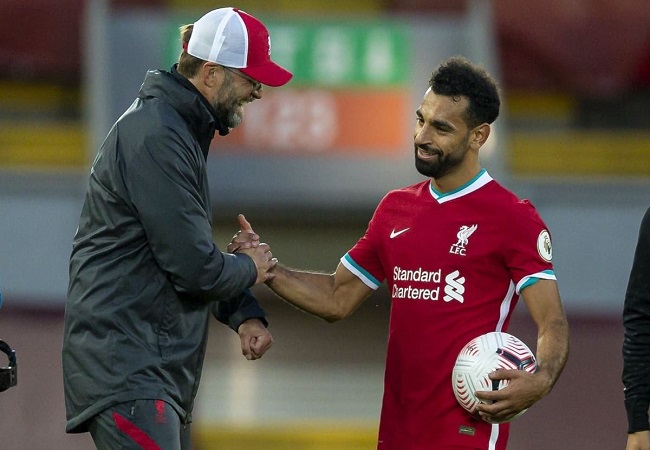 Salah’s second-half brace took his goal-tally for the 2020-21 season up to 21 in 30 matches across all competitions. And Klopp says he is not surprised by the 28-year-old’s latest accomplishment.

“I’m not surprised. I work on a daily basis together with him (Salah). And he’ll never stop having a massive desire for scoring goals.” Klopp told reporters on Sunday evening.

“He is a world-class player. There’s no doubt about that. How I said in the last few weeks when we didn’t score that many, the only thing you can do is try and try and try again. You have to make good decisions, or better decisions.

“Tonight [Sunday] he didn’t force it. The first goal was a smart goal. And in the last few weeks he probably would have tried to shoot through the legs. But this was really keeping the overview and chipping the ball into the far corner. Top-class goal.”

Victory at London Stadium moved Liverpool up to third on the Premier League standings. Four points behind leaders Manchester City ahead of Brighton & Hove Albion’s visit to Anfield on Wednesday evening.

Salah has scored 115 goals in 182 appearances for the Reds since joining the Merseyside club from AS Roma four years ago.