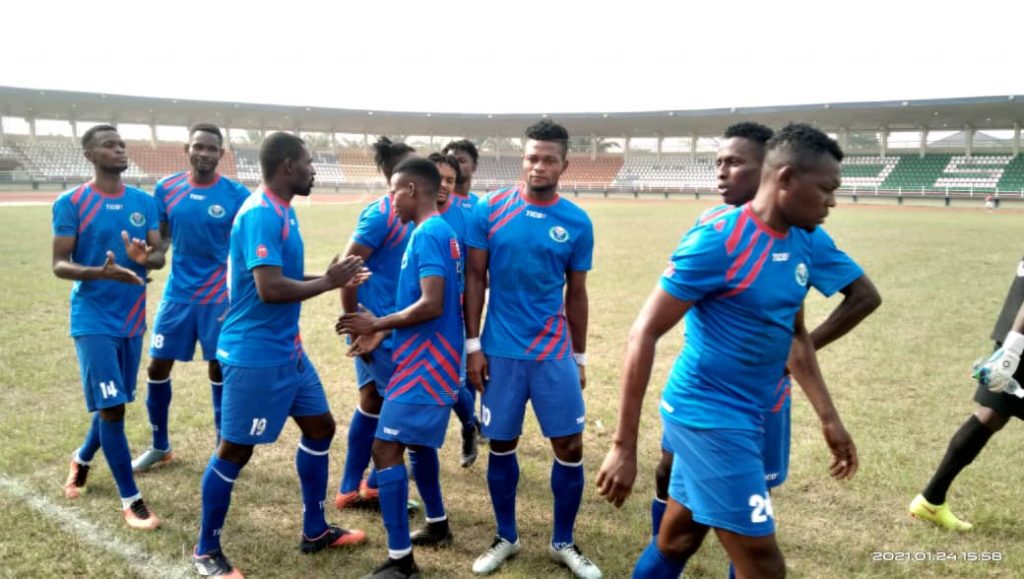 The chairman of the Delta State Football Association, DFA, Ken Nwaomucha, has hailed Warri Wolves on their hard-fought 1 – 0 victory over Plateau United.
Warri Wolves hosted Plateau United who have a good away record this season on Matchday 8 of the 2020/2021 Nigeria Professional Football League, NPFL, campaign on Wednesday, February 3, 2021 at the Delta State Polytechnic Stadium in Ozoro.
A 71 minutes goal by Efe Iyarhere was all the Seasiders needed to regain the support of their fans.
Speaking after the game, Nwaomucha said the Seasiders showed courage and character against a resolute and mobile Plateau United side, who could have taken the game if the Wolves were not really cautious of the threats they posed in the encounter.

He, however, urged the players to continue to work hard, saying that the league is still a long marathon.
“I want to commend them for victory,” said Nwaomucha.
“They showed courage and character against Plateau United.”
“Plateau United were quite resolute in defending and attacking. They were very mobile.”
“If you aren’t cautious against them, Plateau United can punish you before your home supporters.
“I want to congratulate Warri Wolves for this victory against them. They shouldn’t relax after this game.”
Nwaomucha was among dignitaries who watched the MD 8 encounter alongside the chairman of the Delta State Sports Commission, DSSC, Tonobok Okowa.
Warri Wolves will play Enugu Rangers away in Matchday 9 of the NPFL on Sunday.