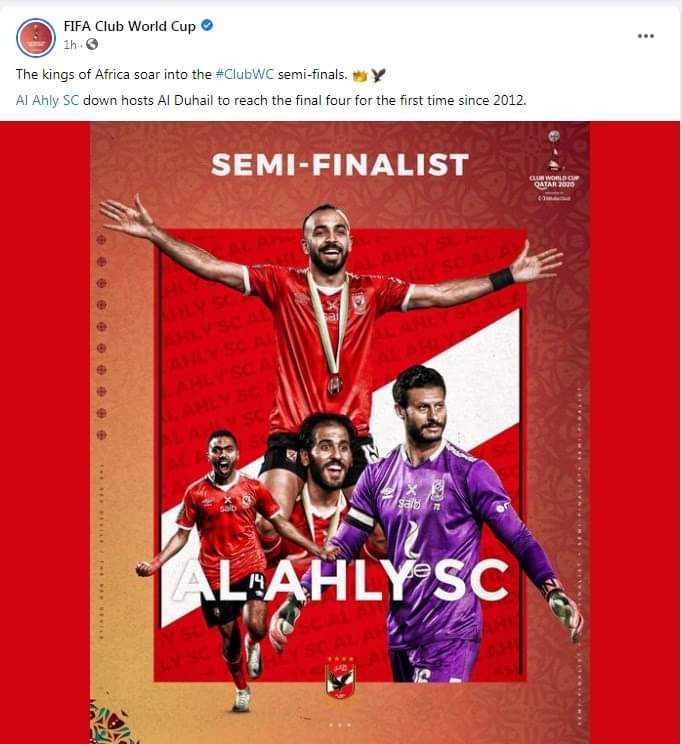 The champions for the Egyptian league and CAF Champions League beat Al Duhail SC 1-0 on Thursday in Qatar to reach the semi-finals.

In reaction, Fifa and CAF congratulated the Pitso Mosimane’s team via tweeter.

“We would like to congratulate the African champions on the opening victory in the FIFA Club World Cup,” CAF tweeted.

“The kings of Africa soar into the Club World Cup semi-finals. Al Ahly SC down hosts Al Duhail to reach the final four for the first time since 2012.”

” Hussein Elshahat’s first-half strike from distance helped see the treble-winners past Al Duhail at Education City Stadium. FC Bayern Munich beckon next on 8 February with a trip to the Club World Cup final at stake.”