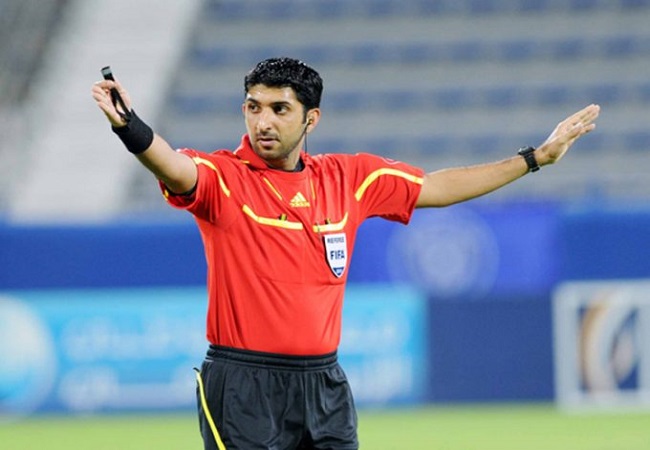 FIFA has appointed Emirati referee Mohamed Abdallah to officiate the clash between Al Ahly and Bayern Munich in the Club World Cup semi-finals.

After beating Qatari champions Al-Duhail in the second round of the Club World Cup thanks to a Hussein El-Shahat strike, Al Ahly have booked their spot in the tournament’s semi-finals.

They will now face European champions Bayern Munich. African champions expect to book a spot in the final for the first time in the club’s history.

Experienced referee Mohamed Abdallah will be at the center of this challenge. Fellow countrymen Mohamed Al-Hamady and Hassan Al-Mahry will be his assistants. While Brazilian referee Edina Alves Batista will be the fourth referee.

Abdallah is a prominent figure among Asian referees. As he officiated his fair share of games in the Asian Football Confederation (AFC). Namely the U-22 2014 AFC Championship final, the 2016 AFF Suzuki Cup final and the 2017 AFC Cup final. He also refereed France’s game against Peru in the 2018 World Cup.

Al Ahly are set to face European champions Bayern Munich next Monday, 8th February at the Al-Rayyan Stadium at 18:00 GMT.