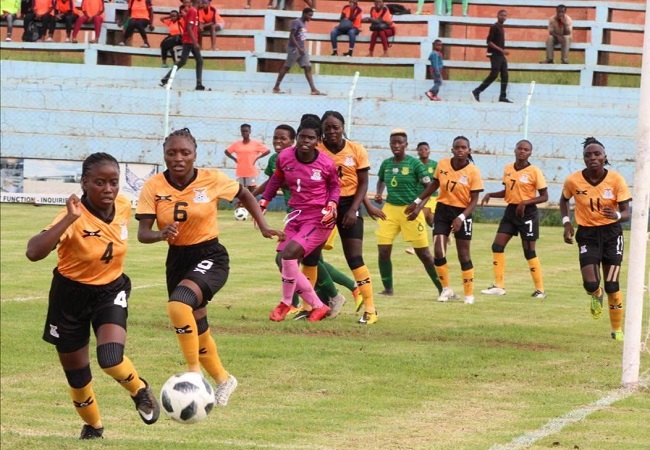 Zambia are no longer participating in the women’s competition in Alanya owing to coronavirus. The Copper Queens will miss the 2021 Alanya Women’s Cup to take place between February 15 to 24 in Turkey.

The Nigeria Football Federation had earlier submitted confirmation of interest to compete in the invitational tournament last December.

And the Copper Queens were subsequently zoned alongside Nigeria, Equatorial Guinea and Uzbekistan in the 10-day tournament. And they resumed preparation in Lusaka with 32 players on31st January.

In their fixtures, Zambia were scheduled to open their campaign against Nigeria on 17th February in Alanya. They will then take on Uzbekistan on 20th February and Equatorial Guinea three days later.

Explaining the withdrawal, the Football Association of Zambia blamed the development on the health crisis arising from Covid-19.

“We have decided to withdraw participation from the Turkish eight-nation Invitational tournament after having had encountered some medical challenges in our preparation for the tournament.” FAZ general secretary Adrian Kashala said in a statement on Tuesday.

“It is not an easy decision to make. But we always have to prioritize the health of the players and technical staff at all times.”

FAZ’s decision may come as no surprise. As in Chile, the Copper Queens were isolated for 30 days after 10 players and officials contracted Covid-19 last December.

The development has now disrupted the preparation of coach Bruce Mwape as his team gear up for the Tokyo 2020 Olympic in July.

Meanwhile, Nigeria and Equatorial Guinea are the two African sides left to compete at the tournament next week following the late withdrawal of Zambia.