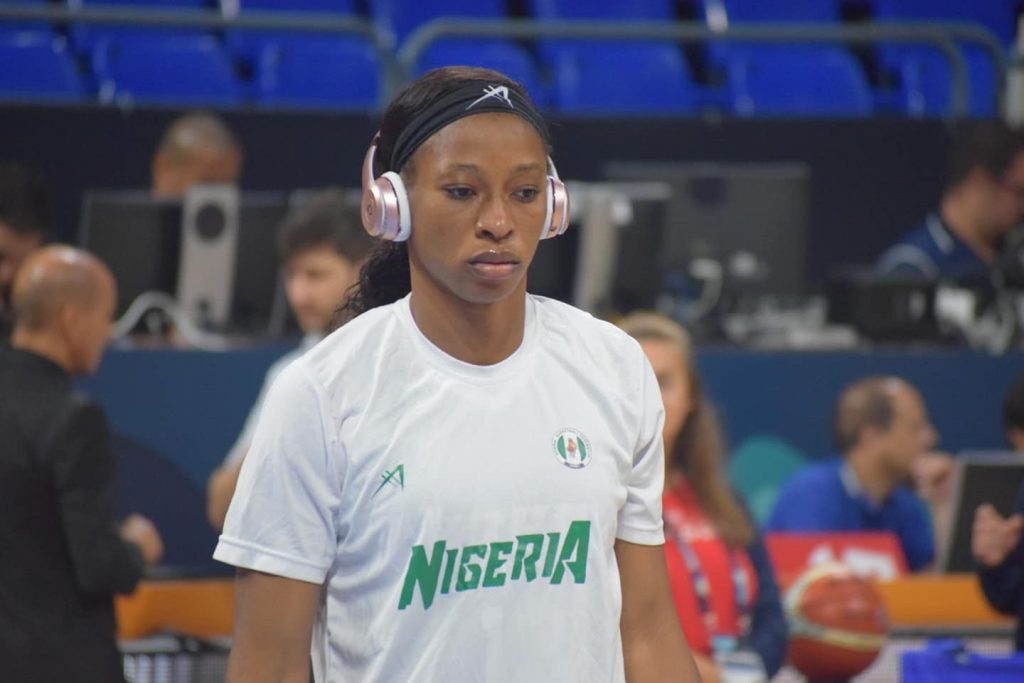 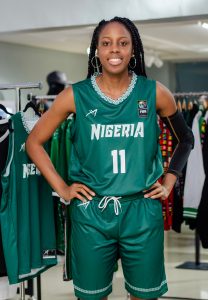 D’Tigress forward Evelyn Akhator has shed more light on why she missed out of the team’s camping in Atlanta ahead of the Olympic Games.
Akhator told NBBF Media that due to travel restrictions as occasioned by COVID-19 pandemic between US and Europe, reporting to camp was impossible.
The Flammes Carolo of France player revealed that I could be difficult for him to return back to France if she had left.

“Unfortunately, I could not leave  France due to circumstances beyond my immediate control.
“If I left France, it would have been very difficult to come back.
“So I just had to hold on for my documentation deciding on what to do but unfortunately those documents have not arrived”.
The situation according to her was out of the control of all parties involved because of the national implications and the serious attention being paid to curb and treatment of the virus.
“I could not do anything about it because it was something out of my control, my club side here in France as well as the national team.”
On the latest addition to the D’Tigress team, a member of the 2017 FIBA Afrobasket team of the tournament said the new faces will definitely add the needed depth into the team ahead of the games.
Despite not being present in camp, Akhator said she has played against some of the players and is quite familiar with their qualities and what they can bring to the team.
“I was not present during the training camp but half of the new players were in the teams I have played against in the past. I know Elizabeth Williams. She is a really good player. I played against her in Turkey and also saw her play while in college.”
“For Amy Okonkwo, I played against her when I was in Spain while I played against Oderah while I was in college.
“I don’t really know much about her now but I am pretty sure she is a good player as well”, Akhator said.
With the right preparation, she believes D’Tigress will come out good and be a formidable team in Tokyo.
Nigeria is grouped alongside USA, France and Japan in group B.