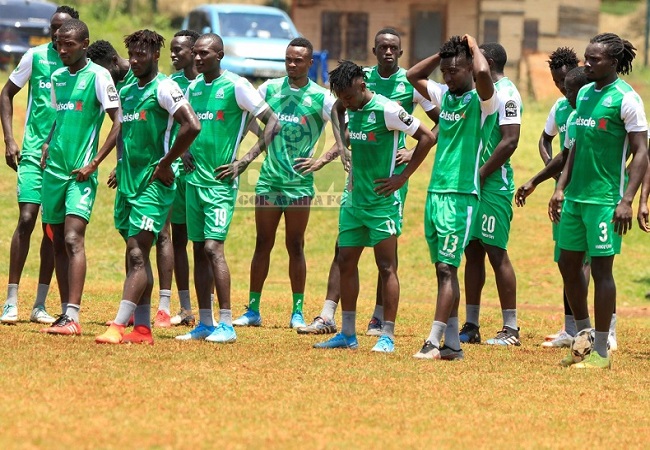 As Gor Mahia players boycotted training as has been norm ahead of continental matches this season. Zambian side Napsa Stars arrived in the country on Wednesday ahead of Sunday’s first leg of their Caf Confederation Cup playoff.

Players’ strikes have been the order of the day for the 19-time league champions this season. And Wednesday was no different as the players failed to turn up for training at the Camp Toyoyo grounds demanding two months salary arrears.

Gor players went on strike before their Caf Champions League preliminary round tie against Rwanda’s APR. A contest they eventually won 4-3 on aggregate.

The same situation occurred before trip to Algeria to face CR Belouizdad in the first round of the same competition.

They were thrashed 8-1 on aggregate. And they missed out on the group stages of the prestigious competition, dorpping to the Confederation Cup playoffs.

The players are accusing the management of reneging on a promise to pay them immediately after Sunday’s scoreless ‘Mashemeji’ Derby against arch rivals AFC Leopards.

“Nobody is training even the Brazilian who joined the team recently. Players are always accused of boycotts before big matches. But fans should also understand our morale is down because we are broke, in debt and have no food.” Said a senior player, who did not wish to be named.

“I hear they always bash journalists for reporting on the boycott and want them to reveal our names. But it is the truth they are reporting. And we are just fighting for our right.” Said another player.