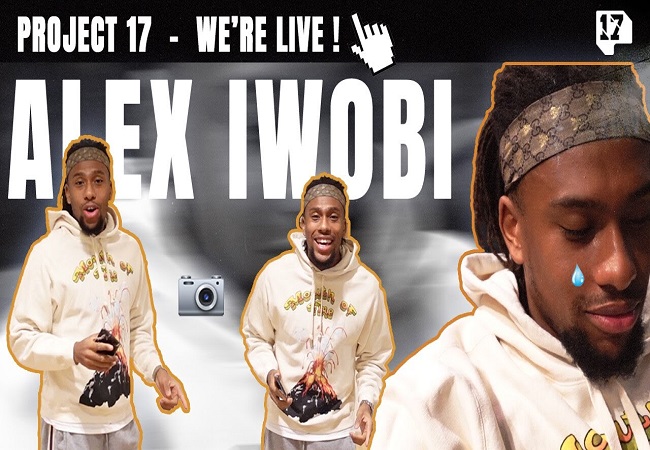 Super Eagles and Everton midfielder Alex Iwobi has launched a new project named Project 17. And it premiered on YouTube on 8th February 2021. The project aims at sharing things learnt from football with his fans and followers and some off-the-pitch moments. Alex Iwobi will use the project to inspire young people to believe more in themselves and their dreams.

Iwobi started his career at Arsenal, where he played a total of 149 games for the first team before signing for Everton last season. The former Arsenal star posted the project’s first video on his YouTube page adding that he is ready to inspire young people to achieve their goals.

The 24-year-old revealed that football is about hard work, discipline and self-belief, and a lot more. And that he had no choice but to share.

According to him, “the most important thing is to inspire young people to achieve greatness and also be themselves. On my channel, I will share my off-pitch stories, challenges, giveaways, reviews and others.”

A great challenge that must have faced the forward was his decision to part ways with boyhood club Arsenal in 2019. However, in a recent interview with Sky Sports, Iwobi disclosed he does not regret leaving Arsenal. A club where he spent 15 years, through which he came to the limelight.

“It’s tough going from that at Arsenal. One manager, obviously Unai Emery came, and yeah it was a bit different. Because there was a lot of different methods. Things were getting changed, positions, formations, and I have had to play in numerous positions. So maybe I was a bit unsettled. But I don’t really want to say like an argument or problem. Because at the end of the day, as footballers, we should be able to cope with the situation.” He told Sky Sports.

Iwobi has played 145 professional games and scored 13 English Premier League goals. He has also represented Nigeria on 38 occasions and scored six goals. And he was at the 2018 World Cup where Nigeria failed to make it out of their group. He has two goals and three assists in all competitions for Everton in the 2020/21 football season.