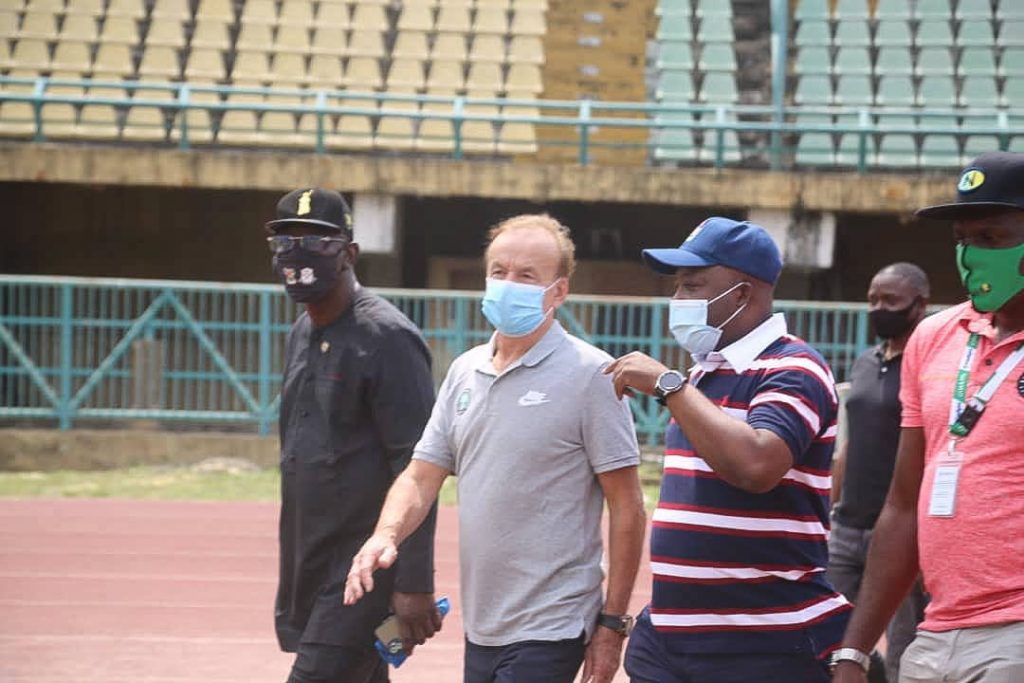 Nigeria will travel to Benin Republic for their Matchday 5 game March 22 before hosting Lesotho March 30.

Rohr who returned back to Nigeria was accompanied by the Vice President of the Nigeria Football Federation, Seyi Akinwunmi and Team Secretary, Dayo Enebi to inspect the Teslim Balogun Stadium. 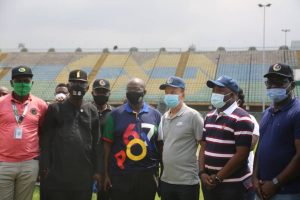 They were received by Chairman of Lagos State Sports Commission, Sola Aiyepeku who took them round the facilities.

Read Also: Rohr back to Nigeria ahead AFCON Qualifier

If approved, the Teslim Balogun will host the Super Eagles after 10 years since the senior national team played a game at the ground against Sierra Leone in February 2011.

The team, then managed by Samson Siasia defeated the Leone Stars 2-1 in a friendly match with Taye Taiwo and Ekigho Ehiosun scoring for the Eagles, while Mohamed Bangura was on target for the visitors.

The Super Eagles need at least a point from the two matches to advance to the final tournament in Cameroon next year.