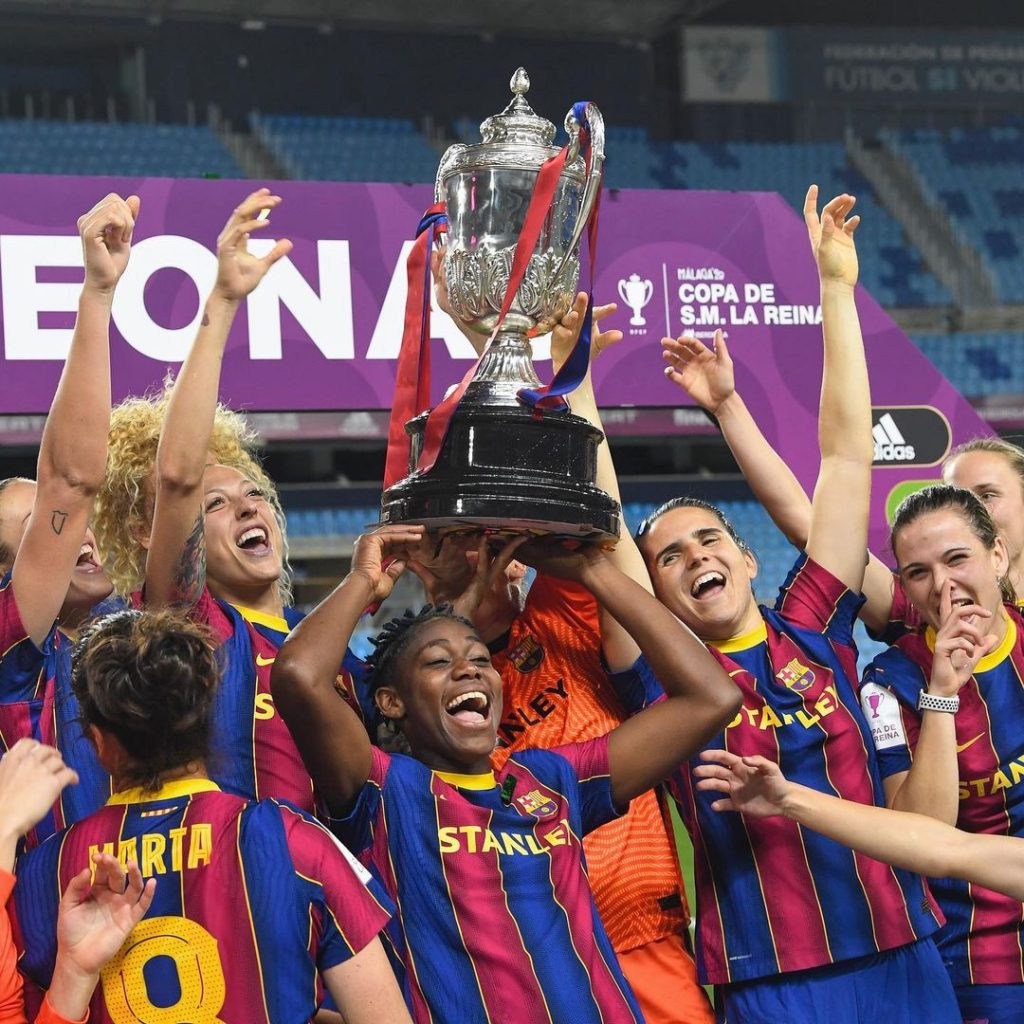 Super Falcons striker made a second-half appearance in her side 3-0 over Logrono on Saturday, in the final of the Copa de la Reina.

Oshoala was benched by Lluis Cortes at the kick off of the game and it costed Barca as they waited until the 42nd minutes to open the scoring as Alexia Putellas coverted from the spot.

After that goal, Martens and teammates found more spaces and scored the second goal straight the way two minutes later.

Jennifer Hermoso scored the third (61) and sealed the victory for his side before going off for Oshoala four minutes later.

The 26-year-old striker showed quality in the field. Without scoring, she helped however, her club to secure the advantage and claim their first trophy of the season.