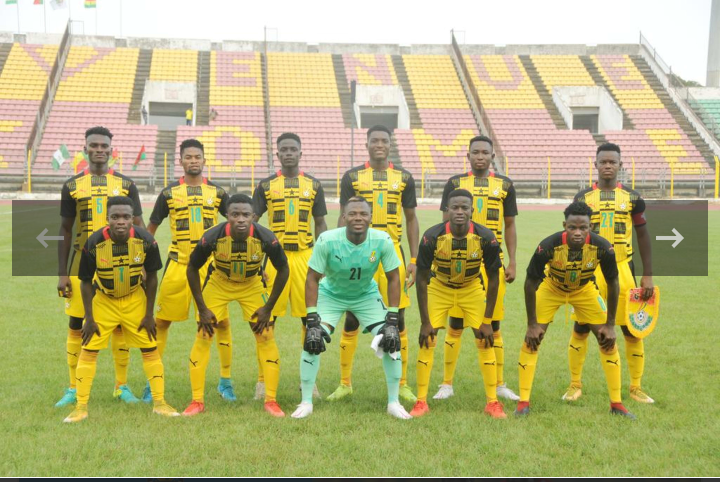 Ghana Black Satellites kick off their AFCON U20 Championship with an emphatic 4-0 win against debutants Tanzania at the  Stade Municipal Nouadhibou.

The Black Satellites made a clear statement of intent from the onset as Schalke 04 forward Precious Boah opened scoring just three minutes of play from a long range free kick.

Ghana doubled their lead through Issaku Fatawu who fired right after the second circle to make it 2-0 in the 30th minute.

Ghana went into the dressing room with 2-0 already in the bag with a superb performance.

Boah scored the first brace of the tournament in a fashion team display as received a pass from Sulemana Mohammed, before dummying one defender before he tucked the ball inside in the 71st minute.

With two minutes to regulation time, Joselpho Barnes puts the icing on the cake to make it 4-0.

Ghana next Group C game will be against Morocco on Friday and a victory will see them book a knockout ticket .