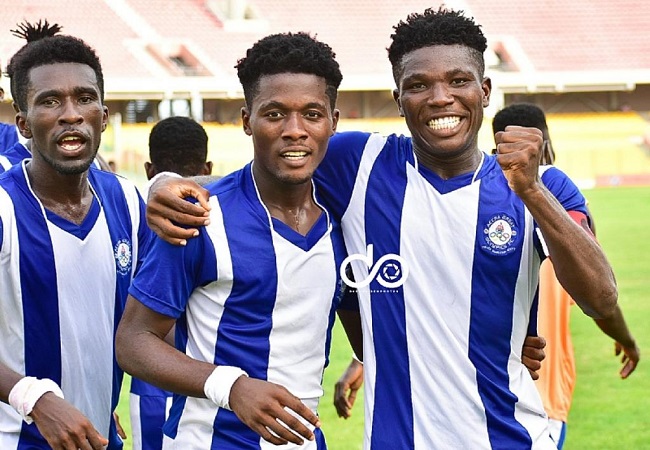 Accra Great Olympics defeated Elmina Sharks 1-0 in the Ghana Premier League game. The capital-based club have climbed to second on the league table with this win on Tuesday.

Accra Great Olympics went into the encounter sitting 5th on the league table having dropped points in the last couple of matches.

In a game against Elmina Sharks that took place at the Accra Sports Stadium, Great Olympics had a good start as they dominated play in the early parts of the game.

Making their dominance count, the home team scored through Samuel Abbey Quaye to take the lead after 21 minutes of play.

Although Elmina Sharks will come in strong after going behind, the team could not score and went into the break trailing.

At the end of the second half of many actions, there were no goals. Great Olympics thus earned all three-point on the back of a 1-0 win.

The victory sees the side moving to second on the league table while Elmina Sharks drop to 13th.