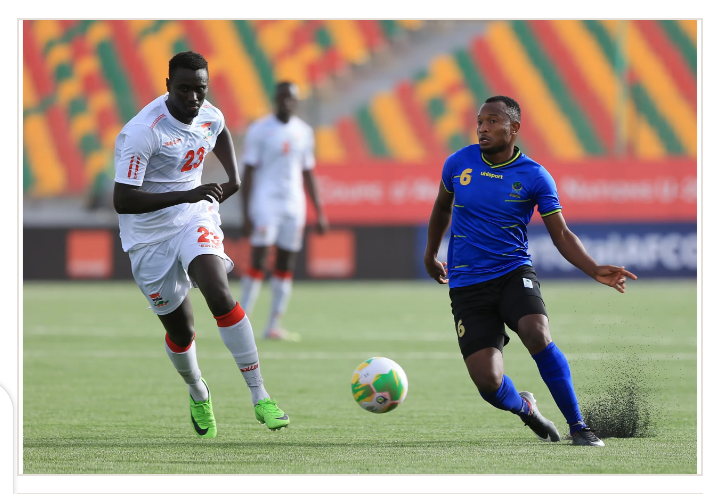 Gambia and Tanzania played a 1-1 draw to record their first points in the second Group V game of the Total U20 Africa Cup of Nationsin Nouadhibou on Friday.

Tanzania who are debutants were thrashed 4-0 by Ghana in the opening group game while Gambia lost 1-0 to Morocco also.

Both teams headed to the game with the hope of dusting themselves from from their opening game defeat.

But it was Gambia who looked set to pick a win and rekindle their hopes of progressing to the knockout phases.

They missed couple of chances before Momodou Bojang made amend to his misses as he scored in the 38th minute to give his side the lead.

In the second half, Tanzania came back stronger as they pitched camp in the Gambian half in a bid to get back into contention.

However , it was Gambia that came close to extending their lead on the counter, but Bojang could not beat the keeper one on one after being put through on goal.

Tanzania continued to pile in the pressure, planting ball after ball behind the Gambian defence as they looked for the single goal that would take them back into the game.

Novatus Dismas had a go at goal with 15 minutes remaining with a volleyed shot from the edge of the box which went over.

However, his persistence paid off with two minutes of regular time left.

A freekick from 25 yards out presented an opportunity for the lanky midfielder and his arrowed shot at goal took an awkward bounce infront of Gambian keeper Lamin Saidy before skipping into the net.

Gambia should have won it just immediately Tanzania scored, but Drammeh’s close range drive came off the post.

The goal breathed relief for the CECAFA representatives and they will now have all to play for when they face off with Morocco in the final match of Group C on Monday.

Gambia who lost their opening game 1-0 to Morocco will face off with Ghana in their final match of the group.